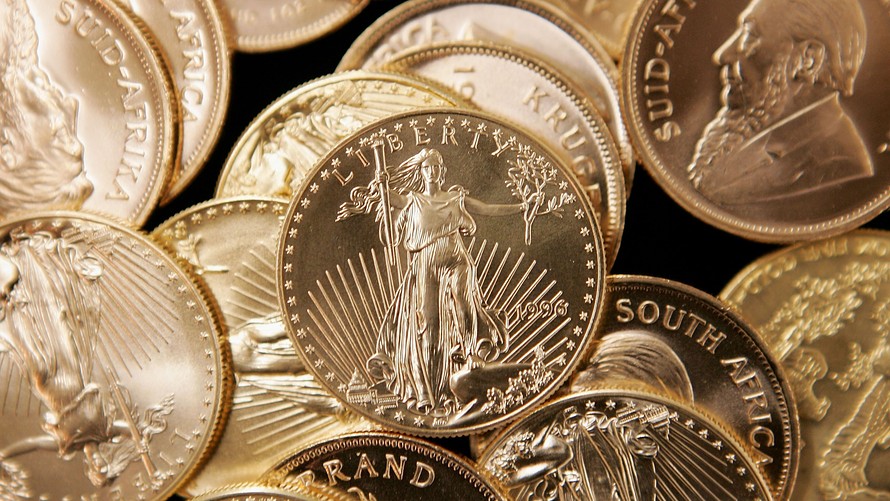 Gold futures finished lower Wednesday, as strength in the U.S. dollar helped prices give up a portion of the gains from a day earlier that had lifted prices to a three-month high.

In electronic trading, gold futures pared some of their losses from Wednesday’s session, to trade at $1,233.60 shortly after the latest Federal Reserve Beige Book[4]. The snapshot of domestic economic activity said wages and prices moved higher in the Fed’s 12 districts through mid-October, but not faster than a “modest to moderate” pace.

“Obviously, gold and silver benefited from the latest wave of anxiety in the stock market [Tuesday] as safe-haven money started to flow toward precious metals in a more noted fashion,” analysts at Zaner Precious Metals wrote in a morning note.

Clearly, U.S. dollar weakness helped gold and silver in the previous session, but that action “has been reversed overnight with the dollar actually breaking out to the upside[5] and seemingly poised to return to contract highs directly ahead,” they said.

On Tuesday, the flight to safety of traditional havens, like gold, came after the Shanghai Composite Index SHCOMP, +0.33%[7]  fell by 2.3%. The index climbed up a bit on Wednesday[8], while U.S. benchmark stock indexes[9] traded modestly lower.

“While the lack of an increase in volume and open interest on the recent gold rally is partially discouraging, that could also suggest that short covering and not fresh buying was the source of the initial October gains,” analysts at Zaner Precious Metals said. “In other words, the markets have not necessarily seen a definitive wave of new buyers off the safe-haven theme yet and that should leave some buying capacity in reserve once...

More in this category: « New Home Sales Crash In September As Supply Soars America Is Not An Economic Island »