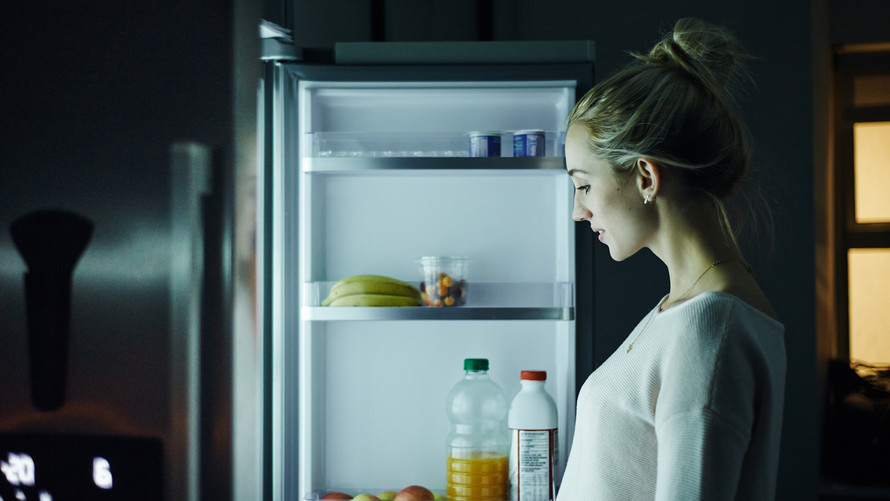 Good news: There is a late-night snack that’s actually good for you.

Consuming 30 grams of protein about 30 minutes before going to bed appears to have a positive effect on muscle quality, metabolism and overall health, according to a study published in the latest issue of the peer-reviewed British Journal of Nutrition. The study was carried out by Michael Ormsbee, associate professor of nutrition, food and exercise sciences at Florida State University, and Samantha Leyh, a former graduate student at the university.

Being overweight or obese is associated with a higher risk of dying prematurely than being a healthier weight — and the risk increases with additional pounds.

The study’s participants comprised of active young women in their early 20s. They ate samples of cottage cheese 30 to 60 minutes before bedtime. Ormsbee and Leyh said this is one of the first nutrition studies where participants consumed a whole food as opposed to a protein shake or some form of supplement. “It gives people options for presleep nutrition that go beyond powders and shaker bottles,” Ormsbee said.

Americans who are keeping tabs on their weight might do well to watch the clock. Sweet snacks such as candy, chocolate and ice-cream peak in the evening just after 8 p.m., according to previous research carried out by market-research company The NPD Group. Snacks that are “better for you” such as nuts, vegetable slices or fruits peak at around noon, followed by a slightly smaller rise in savory and sweet snacks at the same time of day.

Don’t miss: This is how much time obesity cuts off your life[1]

The popularity of certain snacks is also related to particular holidays, as much as the time of day. Sweet snack consumption spikes in November — eating Halloween treats during and especially after the festivities. So-called better-for-you or healthier snacking decreases in November and December, and savory snacking hits its peak in December and January with savory snacks during the holidays, he says.

Being overweight or obese is associated with a higher risk of dying prematurely than being a healthier weight — and the risk increases with additional pounds, according to a 2016 international study led by researchers at the Harvard T.H. Chan School of Public Health and the University of Cambridge in the U.K. Researchers joined forces to establish the Global BMI (Body Mass Index) Mortality Collaboration, which includes more than 500 investigators from over 300 global institutions.

Looking at specific causes of death, the study found that, for each five-unit increase in BMI (from, say, 30 to 35) — body mass index is measured by a formula[2] that...