Oil is already in a bear market, but now a fresh, negative pattern is crystallizing in the commodity that has absolutely bludgeoned bulls over the past two months.

January West Texas Intermediate crude CLF9, -7.52%[1] on its first full session as the front-month contract, was down a whopping 7.5%, to $52.91 a barrel on the New York Mercantile Exchange and that downtrend has propelled the U.S. benchmark to the brink of forming a death cross—a chart formation in an asset that many market technicians believe marks the point that a short-term decline morphs into a longer-term downtrend (see chart below).... 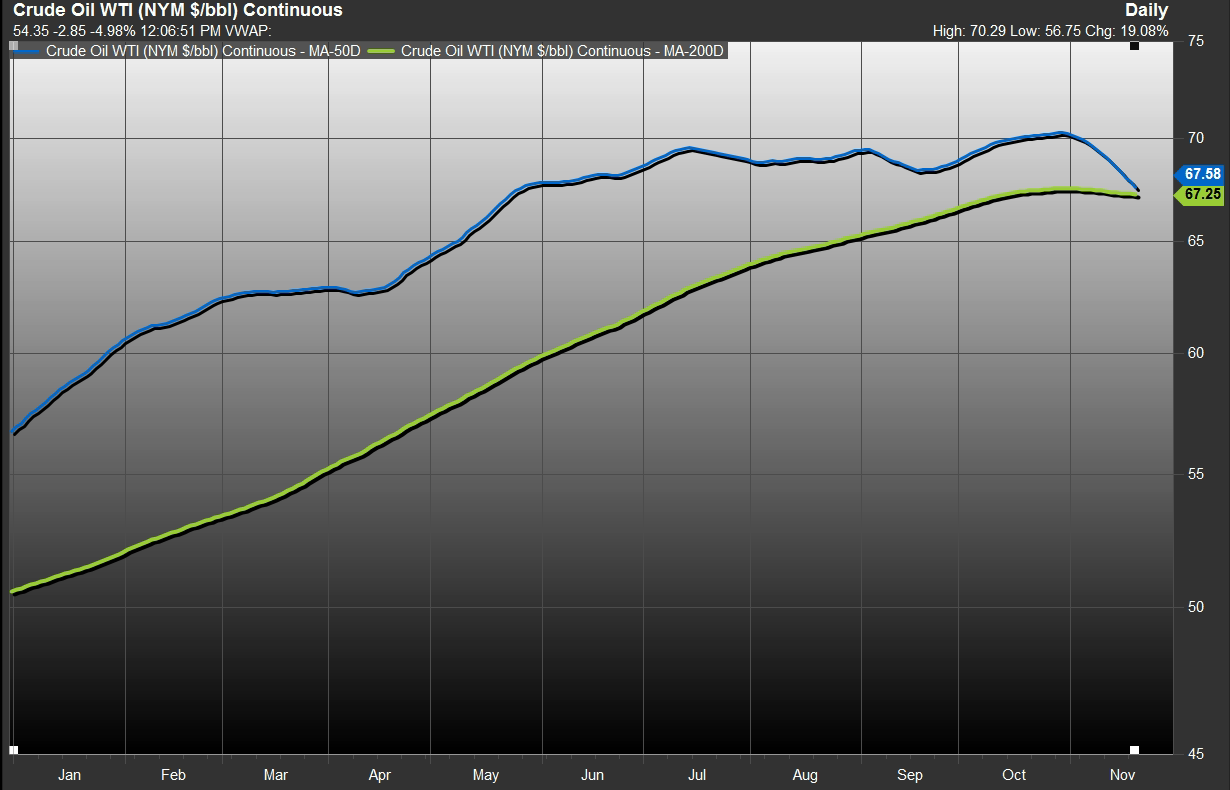 Read: 5 reasons oil prices are in a history-setting tailspin[2] Based on the continuous chart for the most-active oil contract, the 50-day moving average at $67.58 a barrel is less than 0.5% shy of falling beneath the long-term 200-day moving average at $67.25, according to FactSet data. At the current rate of decline, a death cross could occur within a week or two. Both the U.S. contract and the global benchmark Brent oil LCOF9, -7.43%[3] are in bear market, usually characterized as a decline of at least 20% from a recent peak. In fact, U.S. oil is down 31% from its Oct. 3 peak at $76.41 a barrel. Crude oil’s rapid descent has weighed on the energy sector, with the Energy Select Sector SPDR ETF XLE, -3.10%[4] a popular fund used to bet on the energy sector, down 15.4%. Meanwhile, the unraveling of oil prices, viewed by many as beneficial to average consumer, also has raised some questions about slowing global growth, rattling stock-market investors and pushing the Dow Jones Industrial Average DJIA, -1.96%[5] the S&P 500 index SPX, -1.59%[6]  and Nasdaq Composite Index COMP, -1.52%[7] down by at least 8% since early October. Read: Why plunging oil prices now