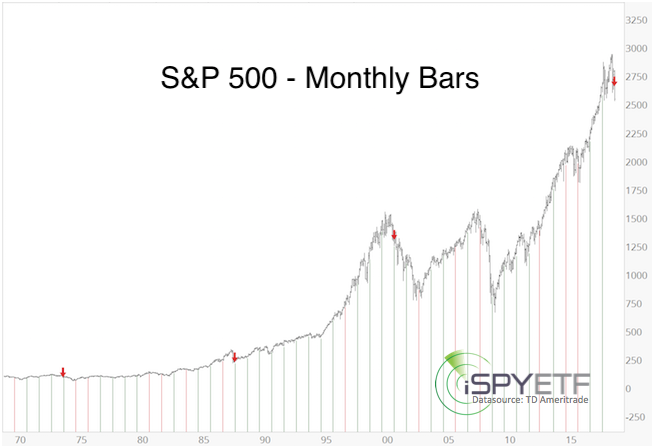 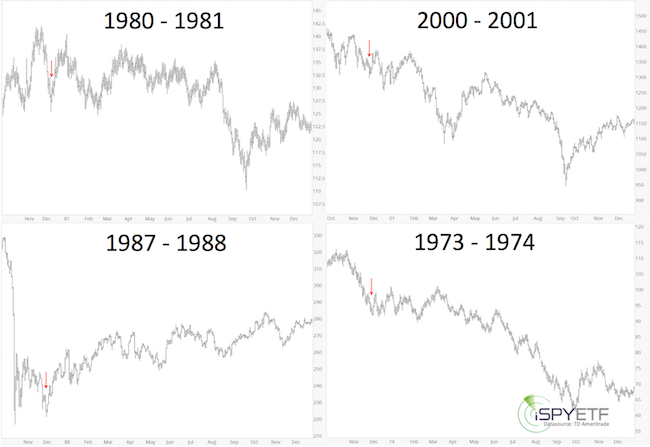 Every time stocks bounced from the December low into January. Twice, in 2000 and 1974, stocks rolled over into a bear market thereafter.

Statistically, a six-month December low or December loss is extremely rare (less than 5% of the time), but when it does happen, there’s at least a 50% chance of an ensuing bear market.

What exactly is a bear market? Different folks have different guidelines. Here are the three most popular ones. A bear market is a:

Depending on the guideline and index, we are already in a bear market or close to one.

But, bear market is only a status like “online” or “offline”. Just because someone is offline today doesn’t mean they won’t be online tomorrow. The status has no predictive meaning.

More in this category: « Why The Secular Bear Market In Oil Prices Remains Bridgewater CIO Sees "Near Recession Level Growth In 2019" »