The US Air Force is putting China on notice as it announced Friday a new deployment of three B-2 Spirit stealth bombers to Hawaii for training in the Pacific. The nuclear-capable aircraft departed Whiteman Air Force Base, Missouri, and touched down at Joint Base Pearl Harbor-Hickam in Hawaii, along with 200 support personnel airmen, as part of a U.S Strategic Command-led Bomber Task Force mission.

One defense analyst recently called the increase in B-2 bomber deployments to Hawaii "China's nightmare, and something Beijing should get use to." 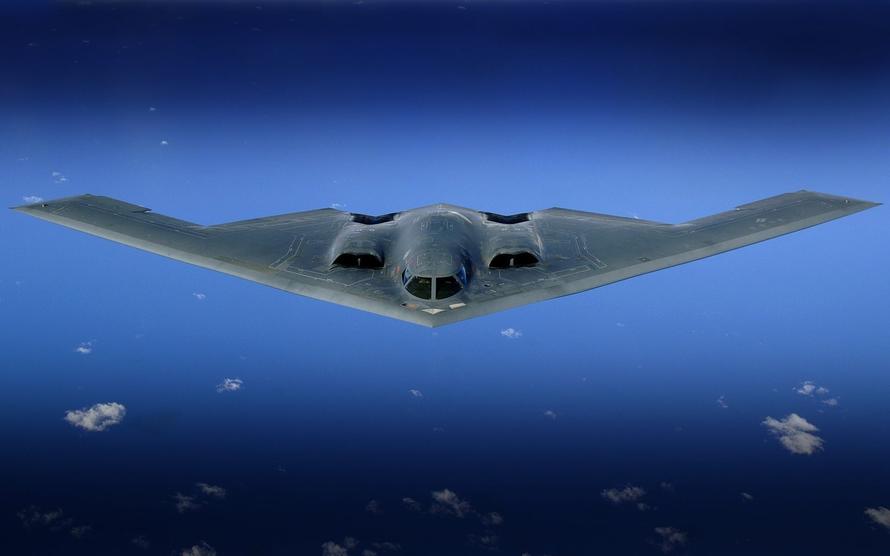 "Deploying to Hawaii enables us to showcase to a large American and international audience that the B-2 is on watch 24 hours a day, seven days a week ready to protect our country and its allies," military spokesman Lt. Col. Joshua Dorr said in a statement. Though a Pacific Air Forces Public Affairs press release did not expressly mention China, Beijing has reacted aggressively to a number of routine US long-range flyovers in the Pacific and South China Sea regions over the past year, including "close call" incidents involving Chinese intercept attempts of US vessels passing through what China claims as its own territorial waters. "Its presence in the Hawaiian Islands stands as a testament to enhanced regional security," the US military statement continued.

The Air Force statement further touted the B-2's ability to "penetrate an enemy's most sophisticated defenses," as well as "put at risk their most valuable targets" due to its "low-observable, or stealth, characteristics". The statement continued, "This training is crucial to maintaining our regional interoperability. It affords us the opportunity to work with our allies in joint exercises and validates our always-ready global strike capability."

Previously, B-2 bombers were operational in Guam in support of regional allies at a moment of escalating tensions between North Korea and the US in 2017 over Pyongyang's nuclear program.

Crucially, though this latest deployment is being described as "routine" it is only the second time the B-2 Spirits have been sent to Hawaii, and in the largest numbers, after an initial training run in the Pacific in October. At the time Maj. Gen. Stephen Williams, the director of air and cyberspace operations at the Pacific Air Forces headquarters, noted the bombers "helped ensure a free and open Indo-Pacific" — language frequently used by US officials in response to China's condemnations of the recent uptick of American operational activity near southeast Asia.

As recently as December Chinese officials issued threats against what was described as American military "meddling in China's affairs". For example Dai Xu -  President of the Institute of Marine Safety and Cooperation, and a PLA Air Force Colonel Commandant, recently stated:

"If the U.S. warships break into Chinese waters again, I suggest that...

Read 480 times
Tweet
Published in Economics
More in this category: « The average kid’s allowance rose faster than American workers’ salaries in 2018 Uber and Lyft’s long-awaited IPOs could crash into government-shutdown wall »
back to top