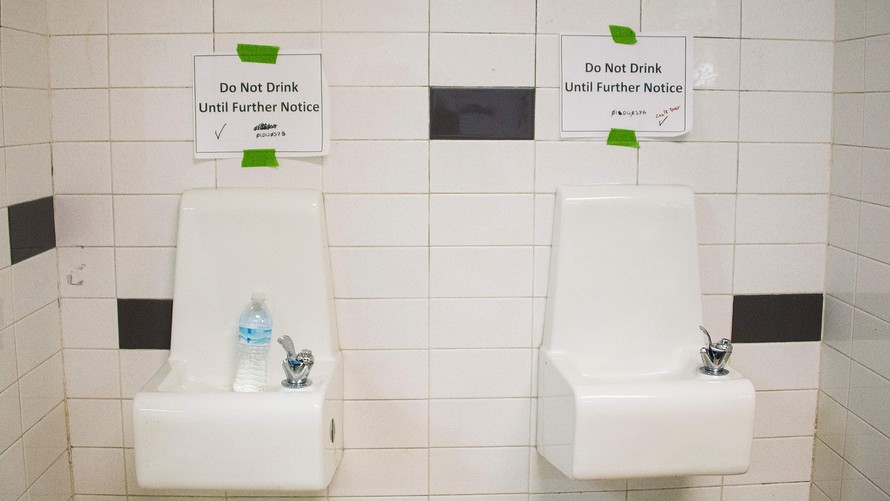 As President Donald Trump continues to demand more than $5 billion in taxpayer funding for a border wall, a growing number of voices are calling for such funds to be diverted to a far more pressing issue: water.

The rapidly decaying infrastructure of water systems across the country is bringing dangerous levels of lead and other contaminants into homes, and action needs to be taken to upgrade them.

Newark Mayor Ras Baraka highlighted the issue in an open letter to Trump this week[1] in which he urged the president to consider “a true emergency that puts millions of our citizens at risk.”

Besides Newark, more than 20 other New Jersey cities and towns have elevated lead levels in their tap water, as do many other municipalities, said the letter. And while Flint, Mich., [2]is the poster child for poor water management, it’s not the only place suffering a crisis that demands immediate action.

“I join in solidarity with the 11-year-old girl known as Little Miss Flint who told you that spending $5 billion to make water safe is a much better way to protect Americans than building the wall,” said Baraka.

Don’t miss: Water stocks are a bargain for 2019 after selloff, analyst says[3]

U.S. infrastructure is reaching the end of its economically useful and serviceable life cycle, according to a new report from NACE International[5], a group created in 1943 by 11 corrosion engineers from the pipeline industry. The acronym stands for National Association of Corrosion Engineers.

“Today, bridges, pipelines, roads, power generation and transmission, and water treatment facilities [are] all are at risk of corrosion-related failure,” according to the association’s 2019 Spotlight on Corrosion Report.

The cost to repair infrastructure across the world is estimated at $2.5 trillion, the report found, but existing corrosion techniques could save up to $875 billion of that sum, or about 35% of the cost.

The report recommends an action plan that would remove contaminants from public drinking water and address ways to mitigate the external corrosion of buried steel and reinforced concrete pipes associated with water treatment.

Also: PG&E bankruptcy: The first of many corporate casualties of climate change?[7]

“While it is well known that the magnitude of the water crisis in Flint was caused by lack of action to counter the threat of corrosion, the case spotlights how financial avoidance influences the ongoing infrastructure crisis in the U.S. water sector,” said the report.

There are more than 151,000 drinking-water systems in the U.S., delivered through millions of miles of pipes. These systems experience roughly 240,000 leaks and breaks every year...

More in this category: « US, North Korea Hold Secret Talks In Stockholm Iran's General Soleimani Ramping Up Efforts To Counter Trump In Iraq And Syria »