Amid a government-shutdown-driven dearth of macro data, this morning offers a tasty morsel to feed the hungry and hopeful masses as existing home sales (EHS) is due to print.

According to the Bloomberg consensus, EHS should decrease by 1.5% MoM to 5.24M, after having reached a 3-month high in November. 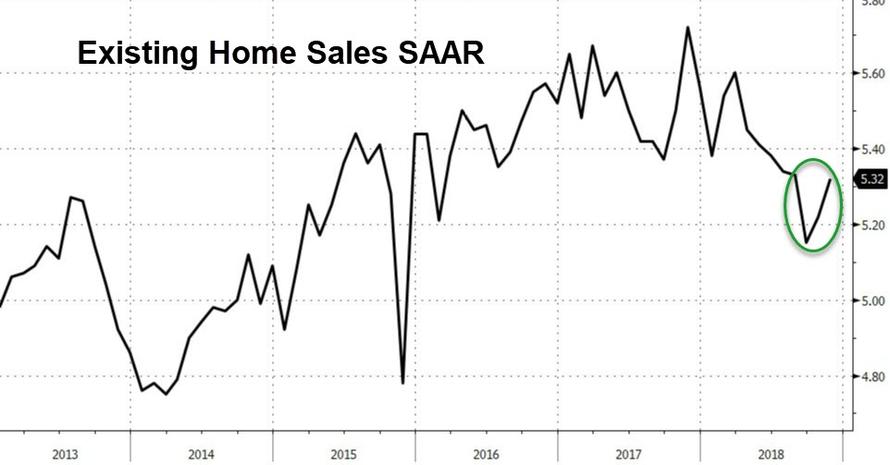 However, Market Securities' Chief Economist/Strategist Christophe Barraud is convinced that EHS will surprise on the downside due to both fundamental and transitory factors.

On average, local data that I gathered show a fall of 11.7% YoY, which looks coherent with results from other data providers such as Redfin (-10.7% YoY) or Remax (-12.1% YoY). According to my calculation, it implies a seasonally adjusted statistic of 4.99M (which would be the lowest since November 2015). 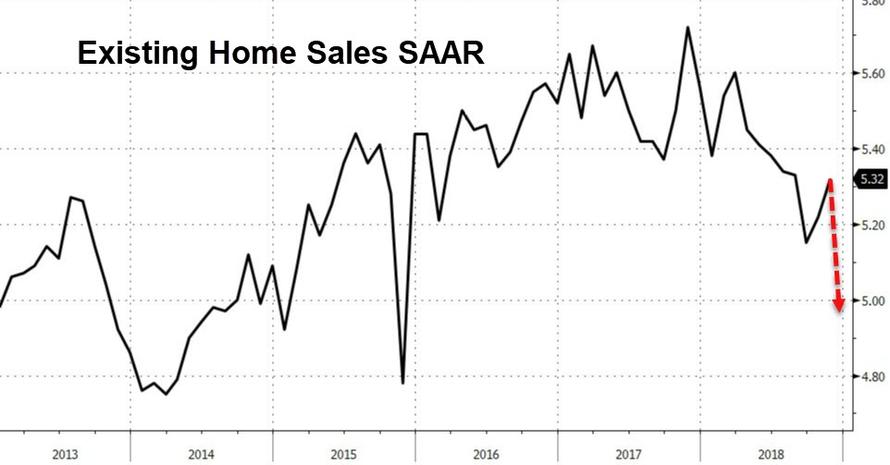 As mentioned above, buyers signed contracts in November (and to a lesser extent in October) for most December sales. During this period, 30-year mortgage rates rose significantly, reaching the highest level since March 2011. According to Bankrate.com, 30-year mortgage rates exceeded 4.80% in early November, up 40bps since late August. The jump in mortgage rates added to housing’s ongoing affordability problem and prevented buyers from bidding up for the house they want.

In the meantime, local data showed that inventory kept rising on a YoY basis. As a result, December’s YoY inventory increase will mark the fifth consecutive month of growth (a trend reversing a decadelong streak of YoY declines), which is usually associated to downward price pressure. In this context, local reports suggest that buyers are taking more time to make their choice.

Weather conditions remained adverse in November which should have dampened buyers’ traffic. As a matter of fact, according to the National Oceanic and Atmospheric Administration  (NOAA), “the November precipitation total for the contiguous U.S. was 2.64 inches, 0.41 inch above average, and ranked in the wettest third of the 124-year period of record”.  It also follows a difficult month in October where “the precipitation total...