"Rudy Has Lost His Mind": Trump Furious With Giuliani After String Of Botched Interviews

It could be a while before Americans see former New York City mayor Rudy Giuliani back on cable news defending President Trump and rebutting the latest batch of Mueller probe leaks. According to the Associated Press, Trump is furious with his lead attorney after Giuliani made an array of misstatements and slips during interviews over the past week, squandering a golden opportunity to push back against the Mueller probe and the "opposition party" media after BuzzFeed's embarrassingly inaccurate report that Trump had instructed Michael Cohen to lie to Congress (a report that was disputed by Mueller's office in an unprecedented move).

Though this isn't the first time Giuliani has botched a cable news interview and been temporarily yanked from the administration's batting order, the AP says Trump's patience with Giuliani - with whom he regularly speaks - is almost at its end, and some are pushing the president to start looking for a new lead attorney. 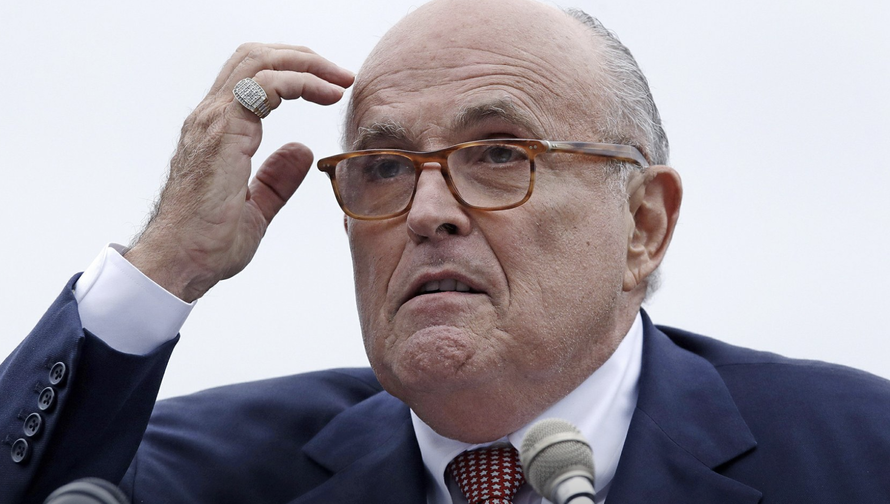 Reports about Trump's frustration with Giuliani, as well as renewed calls for a blanket ban on future interviews, follow a spectacular string of gaffes that began Sunday with an embarrassing appearance on Meet the Press where Giuliani suggested that the Trump Tower Moscow talks had continued through the election and continued during a New Yorker interview where Giuliani seemed to suggest that he had heard tapes made by Michael Cohen of his conversations with the president - tapes that haven't been previously acknowledged.

Vanity Fair's Gabriel Sherman reported that the campaign to oust Giuliani is being led by Ivanka and Jared, who worry that it's only a matter of time before Giuliani says something irredeemably damaging about the president. Some inside Trump's inner circle worry that Giuliani has "lost his mind." Moreover, the Associated Press reported that some want to bar Giuliani from participating in evening interviews because they worry that he has been drinking before going on-air.

Some of Trump’s allies have suggested that Giuliani be barred from evening interviews because of concerns that he was going on TV after drinking, according to three Republicans close to the White House. Giuliani has previously insisted he does not have an issue with drinking, denying to Politico last May that it affected his interviews. He added: “I may have a drink for dinner. I like to drink with cigars."

Like many of his peers in the administration, Giuliani is reportedly extremely dissatisfied with his job as Trump's attorney due mostly to his boss's mercurial temper (something that has no doubt been aggravated by Giuliani's erratic behavior).

As I’ve previously reported, the Trump-Giuliani relationship hasn’t been good for weeks. Giuliani has said privately that he “hates the job” and that Mueller’s final report will be “horrific” for Trump. Facing these challenges and pressures, it’s understandable he would make mistakes, the thinking goes. “Everyone who works for Trump screws up...