The mainstream economic community has a notoriously short attention span and a lack of long-term perspective. After the longest government shutdown in American history subsided, the mainstream proclaimed the fight well and over – in other words, nothing to see here, Trump “folded” and all is well. Of course, what they consistently seem to ignore is the fact that the shutdown was only placed on a three week hiatus. This is hardly any assurance of a return to “normalcy”.

As I write this, the Trump Administration has yet to make its State Of The Union Address, and it is possible we will know more afterwards on the shutdown issue. Trump’s propensity for saying one thing and doing another makes it difficult to discern the future on policy actions. We don’t have long to wait, however, as this March is set to be possibly one of the most tumultuous times for the modern U.S. economy. 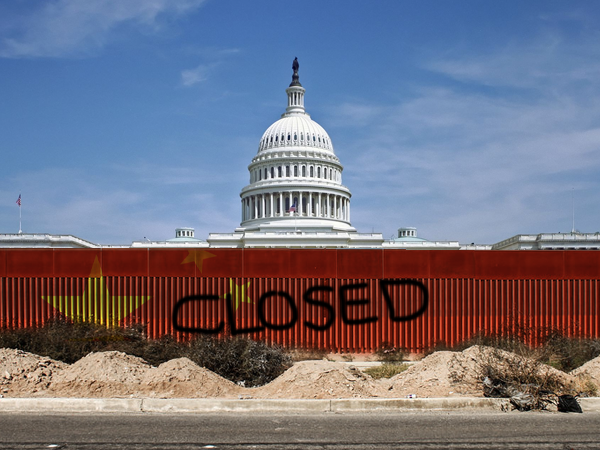 It should be noted that the timing of the possible return of the shutdown is set just before the Trump Administration’s decision on expanded tariffs against China. The trade war “pause” is yet another event which was wrongly heralded by the mainstream as the “end of uncertainty”. Along with the propaganda surrounding the Fed “pause” in policy tightening, I am starting to see a pattern here.

For the past month, it has seemed as though market risk sentiment is being manipulated to the positive side through numerous promises – The promise that the shutdown has been averted, the promise that the trade war will be over by March, and the promise that the Fed has “capitulated” on raising interest rates and cutting the balance sheet. Perhaps all of these promises will turn out true, but my suspicion is that most, if not all, of them will be found false.

In terms of the shutdown, I see little indication that there has been a change in narrative. Keeping the false left/right paradigm in mind, as well as the fact that Trump works closely with elitist banking and think tank interests within his own cabinet, the screenplay for our little drama continues to present a staunchly divided political arena. Democrats are unlikely to budge on their opposition to the southern border wall, and Trump is unlikely to budge either.

This can culminate in one of two ways: Either Trump will re-initiate the government shutdown fight by the end of February, or, he will declare a state of emergency, bypassing the shutdown altogether and using the military to build the wall through funding at the executive level.

More in this category: « Surprise drop in trade deficit might lead to annual GDP above 3% for the first time in 13 years All that money you spend on bad dates every year could pay one month’s rent »