After Blowing Up His Hedge Fund, Whitney Tilson Is Starting A Financial Research Company

Nothing tells the investing public that you’re a titan of financial research quite like blowing up your hedge fund. Twice.

At least that is the logic Whitney Tilson apparently thinks people will apply when buying analysis from his newly formed financial research company, Empire Financial Research, which he officially announced would launch on Friday.

Tilson, who famously blew up closed Kase Capital Management in 2017 (5 years after shuttering its predecessor T2) after getting his ass handed to him by the market "sustained underperformance" has been sending out Kase Learning newsletters to his 7,500 subscribers since then, according to Bloomberg. He is hoping to broaden his reach by partnering with Stansberry Research and launching a monthly newsletter by April 2019.

And he's already off to a great start. When asked about the new European regulations around financial research contained in MiFID II, Tilson stated: "I had to Google MiFID, so there’s your answer in how big a role it played in our assessment of the opportunity." 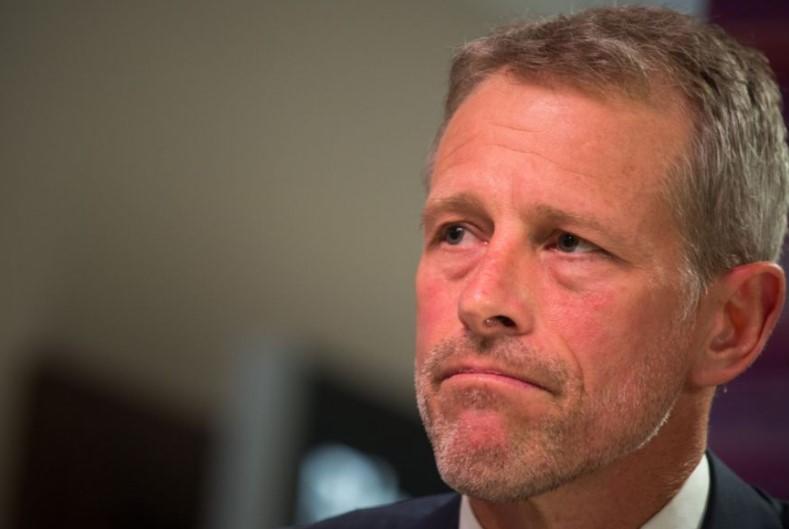 Tilson, who seems to be having some type of midlife identity crisis, also sent out an e-mail Friday, referring to himself as a "guru" and touting his successes:

"For more than 20 years, I’ve been a proud and passionate member of the “church” of Graham, Dodd, Buffett and Munger. To give back to this community that’s given me so much and made such a difference in my life, I’ve sought to spread the gospel of sound value investing to as many folks as possible.

I’ve had some success doing so..."

The analysis could be a welcome change for Tilson's 7,500 subscribers, who have been treated to e-mails about a vast array of non-finance related topics, like his time at Navy SEAL bootcamp with Bill Ackman and his most recent colonscopy.

"I had a colonoscopy last week and, while the prep wasn’t so fun, overall it was a perfectly tolerable experience and I’m glad I did it," he said in a 2017 e-mail he fired out to his list.

Here's a thought: instead of launching a research firm now, perhaps Tilson should’ve thought about the concept of "doing research" while he was actually managing client money....

Read 377 times
Tweet
Published in Economics
More in this category: « Skechers shares soar as analysts weigh in on profit beat These are the 3 biggest financial risks of retirement »
back to top