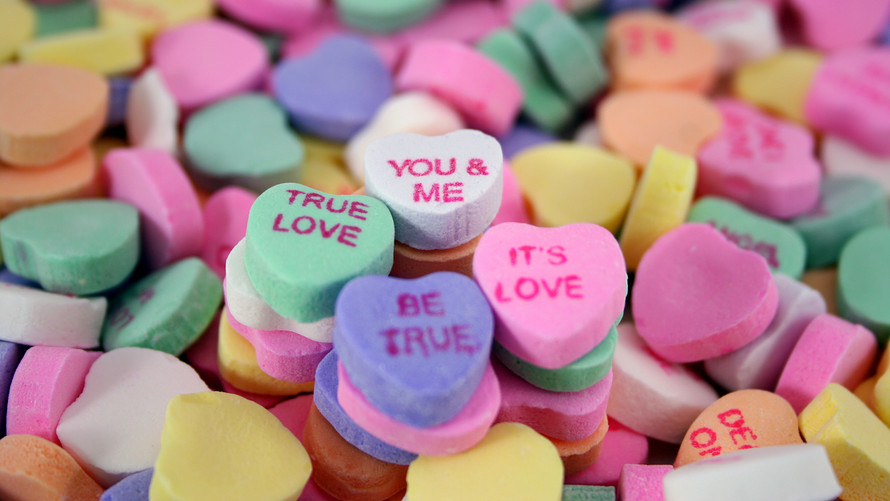 That adage may be put to the test this Valentine’s Day, as consumers realize the popular Sweethearts candy — you know, the little sugar hearts with messages such as “Kiss Me” and “Be Mine” — won’t be on store shelves.

New England Confectionery Co. — or Necco — made the conversational hearts, which have been a staple of Valentine’s Day for decades. But Necco had a tumultuous 2018, abruptly shutting down in July[1] after an investment firm bought it in a bankruptcy auction. It got new life when it was subsequently bought by Spangler Candy Co.[2] in September, but by then it was, apparently, too late to restart production and distribution in time for Valentine’s Day.

In an email, Spangler confirmed it has yet to restart production of Sweethearts, along with Necco Wafers and Canada Mints.

About 8 billion Sweethearts are typically produced annually, with the full supply sold in the six weeks before Valentine’s Day, the online bulk candy vendor CandyStore.com said in a blog post[3].

They may be back next year, though. “We are looking forward to announcing the relaunch of Sweethearts for the 2020 Valentine’s Day season,” Spangler Chief Executive Kirk Vashaw reportedly told the candy site.

The Sweethearts brand makes up about 80% of the conversation-heart market, CandyStore.com said, with about 19 million pounds sold each year. It reported conversation hearts edged out heart-shaped boxes of chocolate as the most popular Valentine’s Day candy[4] sold in the U.S. each of the past two years.

To be sure, there are other brands that produce conversation hearts; it just might take some leg work to find them. And beware of year-old leftovers — Spangler Candy Co. noted that any Sweethearts currently available on the market were produced prior to July 2018.

Read 773 times
Tweet
Published in Economics
More in this category: « Sorry AOC, A Stunning New Poll Finds That Public Support For Capitalism Is Growing In America Here Comes The Shanghai Accord 2.0: China Unleashes Gargantuan Credit Injection To Start 2019 »
back to top