Americans, for the most part, are trash when it comes to history.

According to a survey conducted by the Woodrow Wilson National Fellowship Foundation, only about 40% of the 41,000 Americans polled passed a test of basic U.S. history pulled from questions asked of those applying for citizenship.

It’s even worse with the younger generation. A mere 27% of people under the age of 45 managed to answer 12 out of 20 questions correctly.

For added perspective, 90% of immigrants seeking citizenship reportedly make the grade[1] on their first attempt — that means they answered six out of 10 correctly. And, as the foundation points out, the test facing the immigrants is much more difficult, because it’s oral and there’s no multiple choice.

As you can see by this map from Axios[2], Vermont was the only state in the country where a majority of people — 53% — earned passing grades. Then there’s Kentucky and Louisiana, where not even 30% could muster at least a D. ... 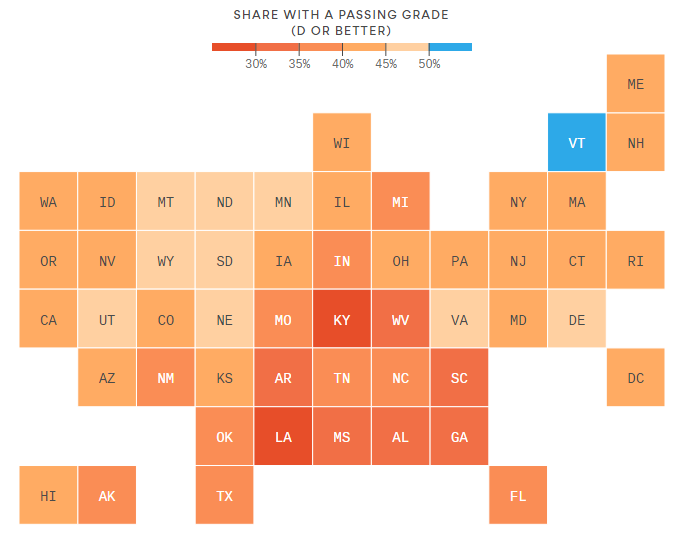 “Unfortunately, the Woodrow Wilson Foundation has validated what studies have shown for a century,” the foundation’s president said. “Americans don’t possess the history knowledge they need to be informed and engaged citizens.” Let’s hope MarketWatch readers can buck the trend. Here’s the test: References^ make the grade (www.freep.com)^ this map from Axios (www.axios.com)