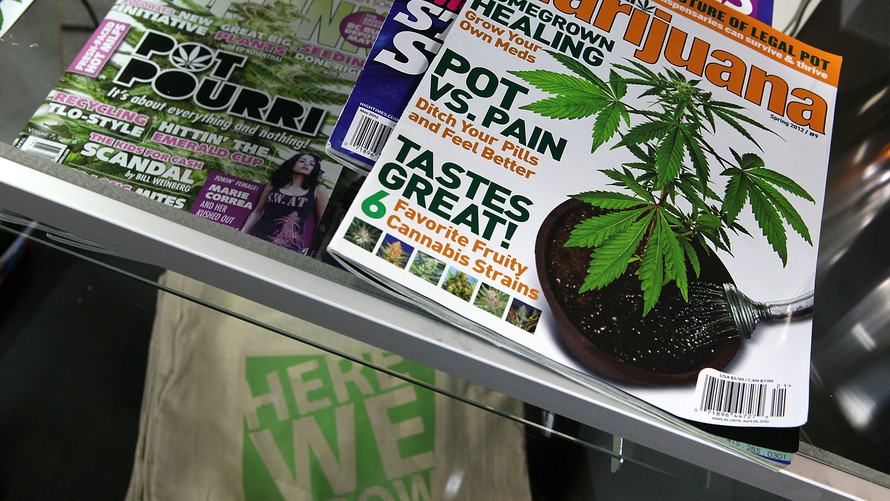 GW Pharmaceuticals PLC shares were a standout among cannabis stocks Wednesday, after the company reported a strong start for Epidiolex, the first cannabis-based drug to win regulatory approval as a treatment for a severe form of childhood epilepsy.

GW Pharma shares GWPH, +13.16%[1]  were up 14% in early trade, putting them on track for a five-month high, as analysts welcomed fiscal first-quarter results[2] that showed Epidolex chalked up $4.7 million in revenue since its November launch.

JPMorgan analyst Cory Kasimov reiterated his overweight rating while boosting his stock price target to $180, which is about 3% above its current level, from $134.

“It’s hard to see how the Epidiolex launch could have gotten off to a better start,” Kasimov wrote in a note to clients. “In our view, commercial metrics to date suggest that Epidiolex should continue to impress.”

Stifel Nicolaus’s Paul Matteis raised his price target to $191 from $179 and reiterated his buy rating, saying that while the launch of Epidiolex has been impressive, “progress on reimbursement is especially encouraging, as are GW’s efforts to render the prescribing process easier (and drug shipment more rapid) for physicians.”

For all of MarketWatch’s coverage of cannabis companies, click here.[3]

“Still early days in the launch, and still much to learn about the long-term trajectory and move from the initial bolus to long term market dynamic,” he wrote in a note. “However, we think early signals are very strong and should propel growth.”

Elsewhere, Mackie Research noted that all of the current 2020 presidential candidates support cannabis legalization, including the Republican candidate, former Massachusetts Gov. Bill Weld. That marks a stark change in view from the past but aligns with public opinion, which has shifted rapidly in recent years.

In case you missed it: Tilray makes richest deal yet in effort to jump into U.S. CBD market[5]

About 62% of Americans now favor legalization, almost double the 35% who were supportive in 2008, according to the Pew Research Center. Candidates are also eyeing the tax revenue they can expect from the legal sale of cannabis, along with job creation and growing support for ending the era of mass incarceration.

See: These three marijuana stocks are rising in popularity[7]