With US stocks up 11% YTD and nearly 19% since the Christmas Eve low, one could surmise that the economic slowdown that occurred in the back half of 2018 both globally and in the United States was a thing of the past, or at least would be over soon.

After all, the Fed is no longer tightening policy, China has been easing for over a year and expectations for an ECB rate hike keep getting punted further down the line.

Yet, we shouldn’t forget that the Fed has done nothing more than alter forward guidance, China’s stimulus appears to be not working as well as it did in the past, and the ECB has few conventional or even semi-conventional policy arrows left in the quiver.

For example, in the first chart below we plot the United States ISM manufacturing PMI (a gauge of economic activity) against the 20 month difference in the 10 year treasury bond yield, and we advance the treasury bond series by about 2 years. We see that changes in interest rates that happened 20 months ago impact economic activity today. In this case, it’s the increase in interest rates that we saw from 2016-2018 that are now having a slowing impact on economic growth now, and it looks like that baked-in tightening will continue through the end of 2019. In other words, the slight uptick we have witnessed in the PMI should be overlooked as the longer-term trend appears to be lower for the next 11 months. 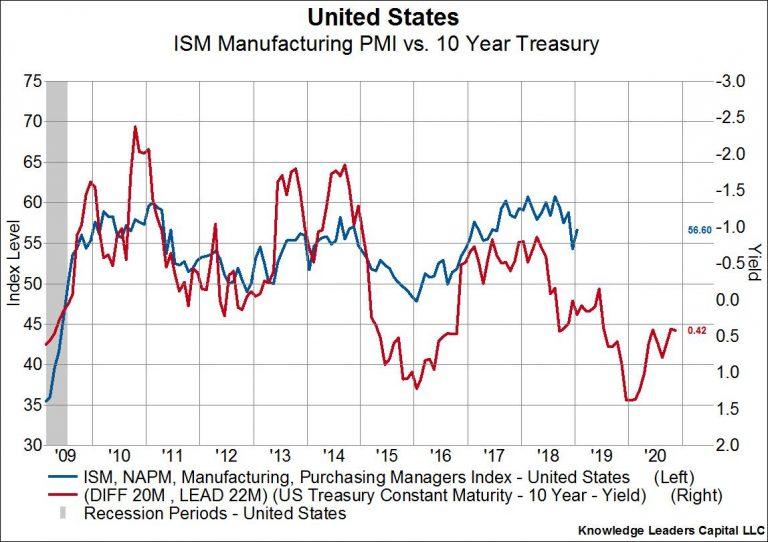 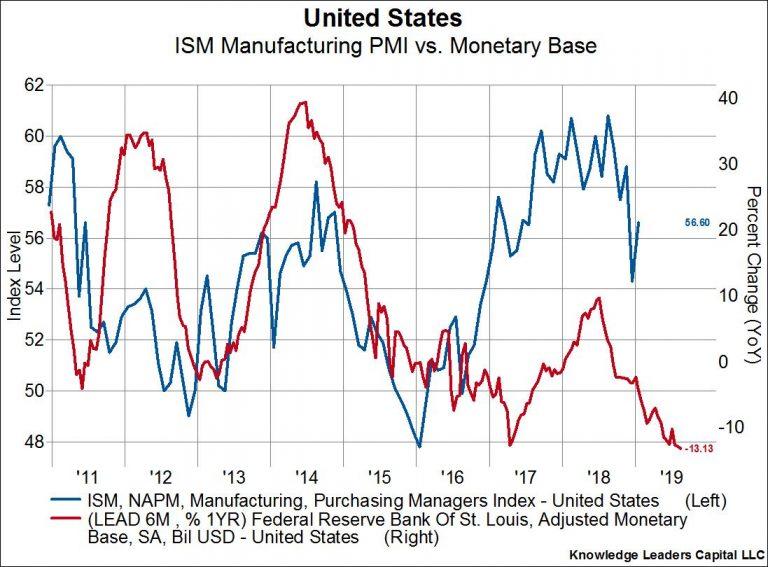 The phenomenon of changes in financial conditions leading economic growth is a global one. For example, despite all the easing measures enacted by the Chinese authorities, the Chinese money supply is growing at the slowest pace on record at...

More in this category: « Box shows off ‘worst execution’ since IPO as stock tumbles toward biggest drop in a year Stocks climb as investors weigh trade optimism against disappointing data »