Don't Believe The Hype - Expect A Worsening Of US-China Relations

If you receive your news via Donald Trump tweet, or courtesy of proclamations by Larry Kudlow, you’d be forgiven for eagerly anticipating a groundbreaking U.S.-China trade deal to be announced imminently, and thinking such a deal will save the global economy from rolling over into a serious downturn as well as pacify geopolitical tensions between the number one and number two economies in the world. However, if you expect these things, I don’t think you’re paying attention. 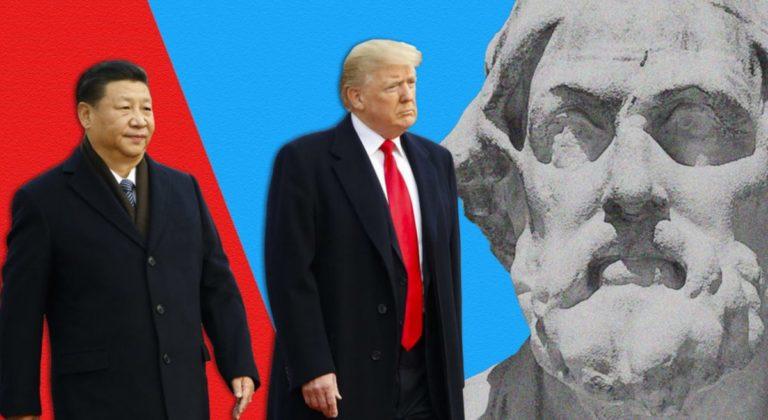 Before we get a little into the weeds, let me be clear that I have no idea what Trump and Xi will, or will not, announce regarding trade. Trump seems fanatically obsessed with the stock market, and Xi’s been dealing with an economy in a tailspin. It’s certainly possible they come up with some sort of agreement they think will restore confidence in the global economy and convince people the last few months were nothing more than a “glitch.” It’s also important to understand this positive outcome appears to be assumed by the stock market and investors generally. Anything less might be seen as a colossal disappointment.

For a little background to this perspective, I suggest reading December’s post, Is U.S. Geopolitical Strategy Experiencing a Monumental Shift?, in which I concluded:

I’ve now seen enough to seriously consider that we may be entering an entirely new geopolitical environment dominated by vastly increased tensions between the U.S. and China. If so, it will likely last a lot longer than you think as leaders in both China in the U.S. will be looking for a scapegoat as their crony, financialized economies struggle under unpayable debt and unimaginable levels of corruption.

Trump’s tweets and some dog and pony show trade deal won’t change any of what I outlined in that post. In fact, as we’ll see later, real tension under the surface of silly news headlines continues to build.

The U.S. and China are quite clearly entangled in a modern version of Thucydides’ Trap, in which an ascendant power (China) is viewed as an existential threat to the existing power structure (USA global empire Inc.). As such, I see the trade war as merely one prong in U.S. efforts to “put China in its place” and absolve it from any fantasies of a multi-polar world. It’s also pretty clear the Chinese understand this. How could they not, considering the Pentagon’s been pretty explicit recently regarding how it views China in the context of global power.

For instance, take the following from a Washington...