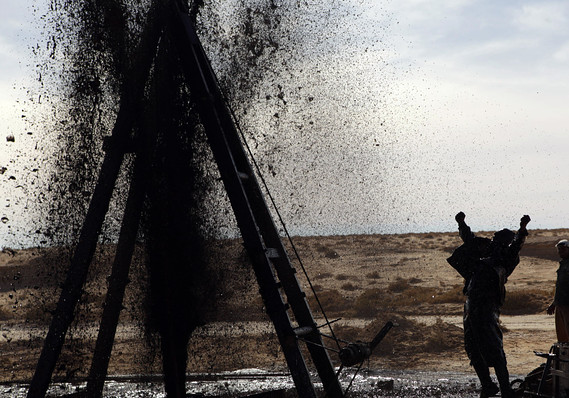 Everett Collection The U.S. energy industry has struck it rich again, but it’s not helping to shrink the U.S. trade deficit.
The U.S. trade gap rocketed to a 10-year high in 2018, but unlike past episodes of swelling deficits, the chief culprit is no longer high oil prices. It’s everything else. The nation’s trade deficit leaped 12.5% last year to $621 billion, marking the biggest gap since 2008. Read: Trade deficit soars to 10-year high, foiling Trump White House efforts to rein it in[1] If only goods are counted, the deficit widened to a record $891 billion. Remarkably, the trade deficit has kept going up even though the impact of oil imports has gone done. Prior bouts of soaring deficits — most recently from 2006 to 2008 — have been triggered by a spike in oil prices. Oil imports in 2018 accounted for a meager 6.1% of the U.S. trade deficit, reflecting the lowest share in several decades. 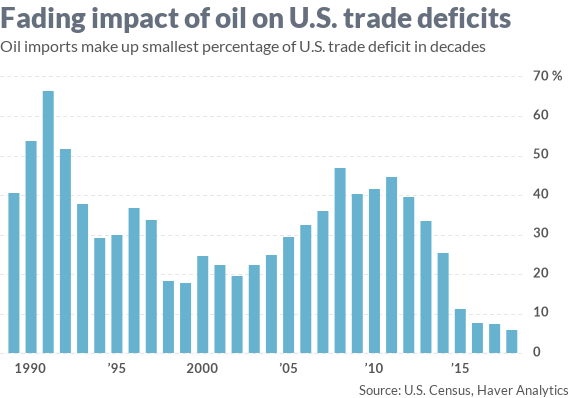 By contrast, oil imports represented a whopping 47% of the deficit in 2008, the last time the trade gap was as large as it is now. Oil accounted for an even larger 67% of the U.S. trade deficit in 1991. Put another way, U.S. imports of foreign oil were just $53.3 billion more than U.S. exports of oil in 2018. That’s a far cry from $386 billion gap 10 years ago. Read: A strong, improving jobs market outweighs all the bad news recently on the economy[2] The waning influence of oil on the trade deficit mostly reflects the shale-oil revolution in the U.S. that has made America one of the largest petroleum producers in the world again. Not that long ago, the hope was that a resurgent U.S. oil industry would slash the nation’s trade deficit and make it less of an economic and political problem. Those hopes have been dashed. The U.S. imports more food, consumer electronics, cars and trucks and heavy machinery than ever and that’s unlikely to change anytime soon. Trade patterns take a long time to develop — and a long time to change. References^ Trade deficit soars to 10-year high, foiling Trump White House efforts to rein it in (www.marketwatch.com)^ A strong, improving jobs market outweighs all the bad news recently on the economy (www.marketwatch.com) ...

More in this category: « Beware Of Trannies That Lag Nomura Has "A Word Of Warning For The Coming Days" »