As backlash against America's painkiller addiction grows, hedge fund Hildene Capital Management has cut ties with the billionaire family that controls the OxyContin maker Purdue Pharma. According to The Wall Street Journal, Hildene fund manager Brett Jefferson forced the Sackler family who is invested in the $10 billion fund to start redeeming their investments. 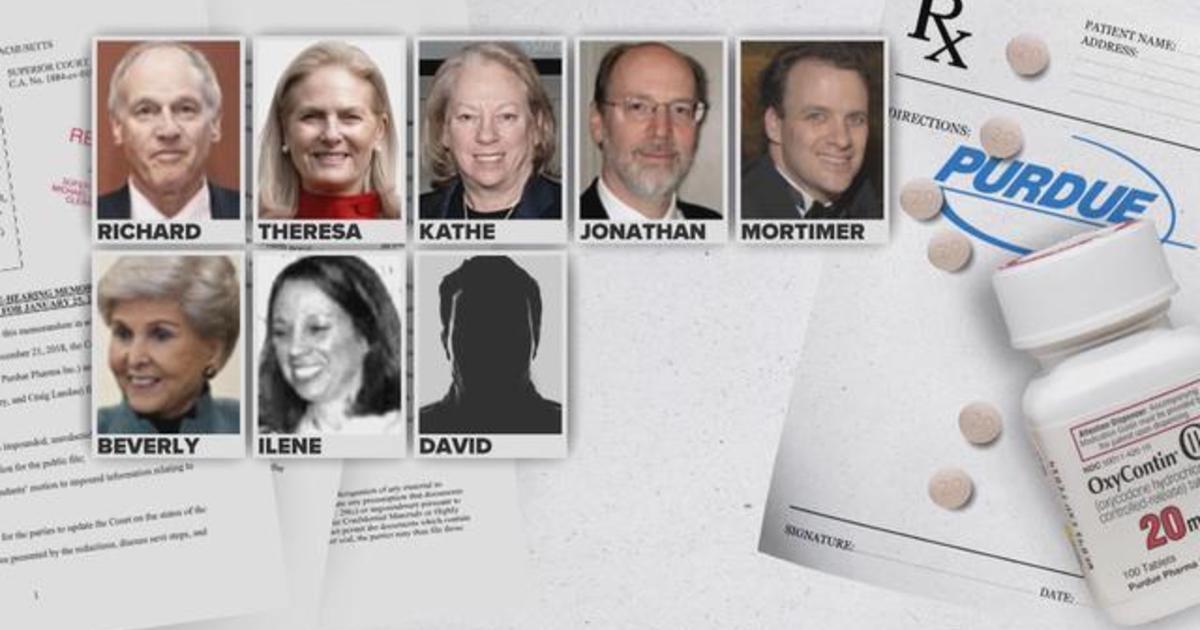 “An opioid-related tragedy affected someone with a personal relationship to me and other members of Hildene,” Jefferson said in a statement, which he said occurred in 2017. At the time, the Stamford, Conn. hedge fund donated money to an organization fighting the opioid epidemic and has since contemplated ending the firm's relationship with the Sacklers, he wrote.

“Last year the weight on my conscience led me to terminate the relationship and initiate the redemption procedure,” Jefferson wrote.

Hildene joins a long list of universities, museums, and nonprofits, including the New York Academy of Sciences and Columbia University, that have all questioned their relationship with the Family. 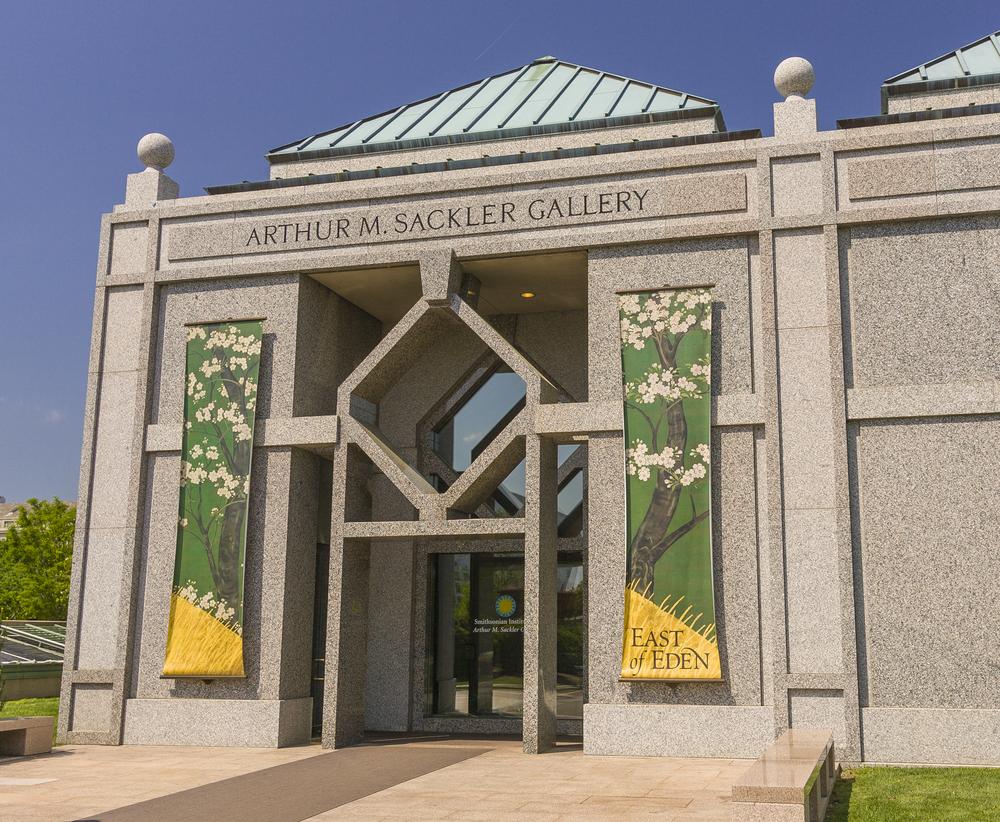 The Sacklers, who control Purdue which is considering filing for bankruptcy to limit its mounting legal liabilities, have come under immense pressure amid hundreds of pages of courts documents released as part of lawsuits filed by Connecticut and Massachusetts.

Connecticut and Massachusetts are the first two states to sue Purdue and Sackler family members simultaneously. Their lawsuit alleges that eight Sacklers sparked the opioid crisis with misleading marketing of OxyContin in the late 1990s, which allowed Purdue and the family to reap billions of dollars from flooding every state with highly addictive prescription drugs. 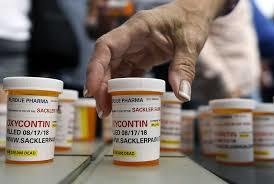 Purdue paid $4 billion to the Sackler family between 2008 and 2016, according to the Massachusetts attorney general’s lawsuit. 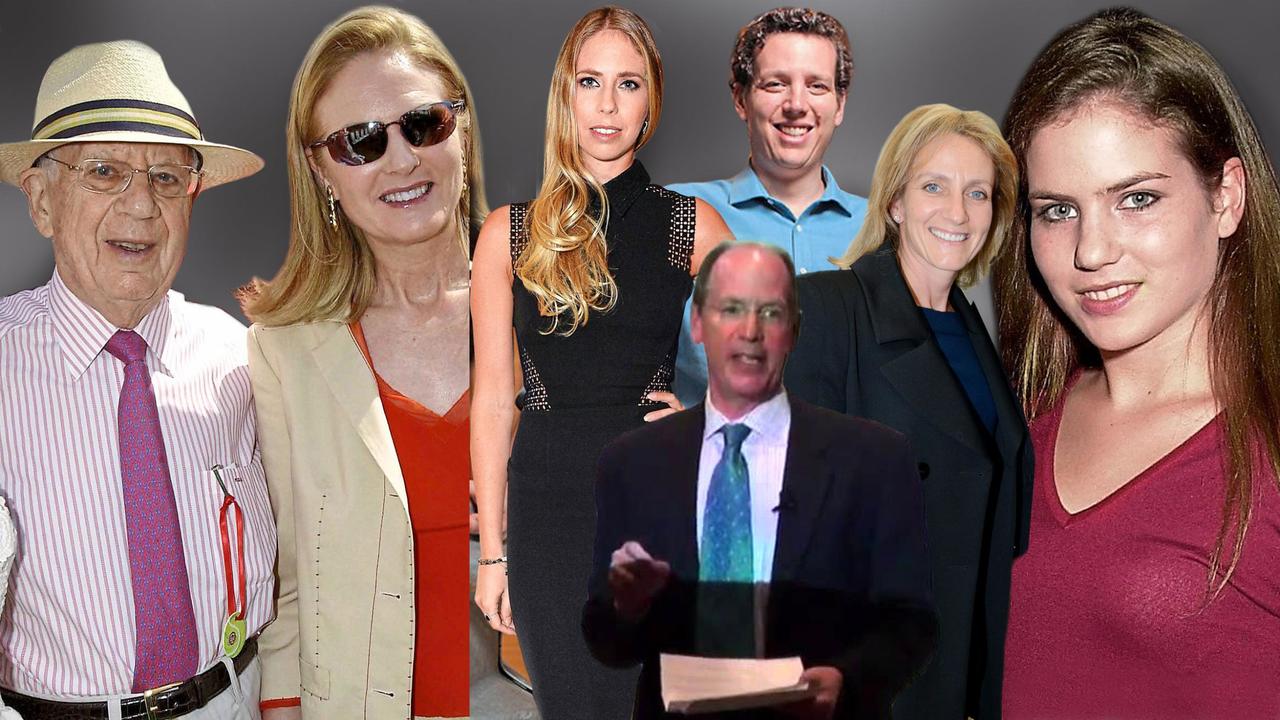 The legal scrutiny of the Sacklers is making their family investment operations in hedge funds public knowledge.

Some family members "have financial interests, directly or indirectly, in: Airbnb Inc.; Honest Co.; ski resort operators Vail Resorts Inc. and Peak Resorts; the Smith restaurant chain in New York; the luxury Amanyara resort in Turks and Caicos; and apartment complexes and hotel developments throughout the U.S.," said the Journal. Their investments also include a biomaterials company Silk Therapeutics Inc. and a $100 stake in the firm Balter Capital Management.

The Journal said hedge funds that count the Sacklers among their clients declined to comment or didn't respond to requests for comment.

While some members of the Sackler family directly control Purdue, not all family members are involved in the company. Family members have a wide range of investments in hedge funds and other businesses. 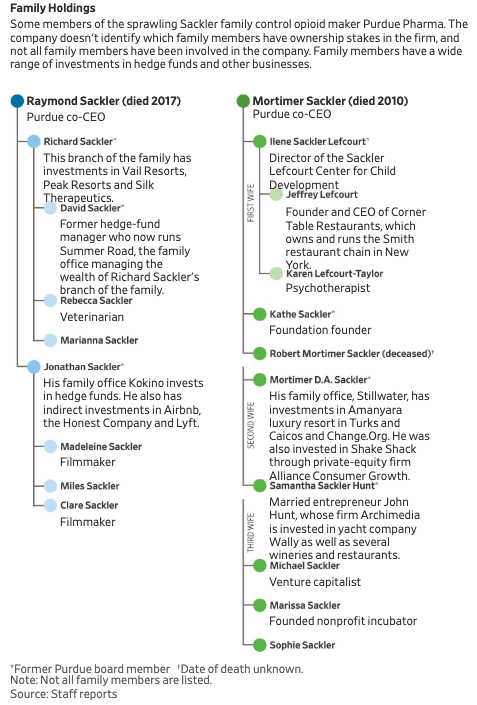 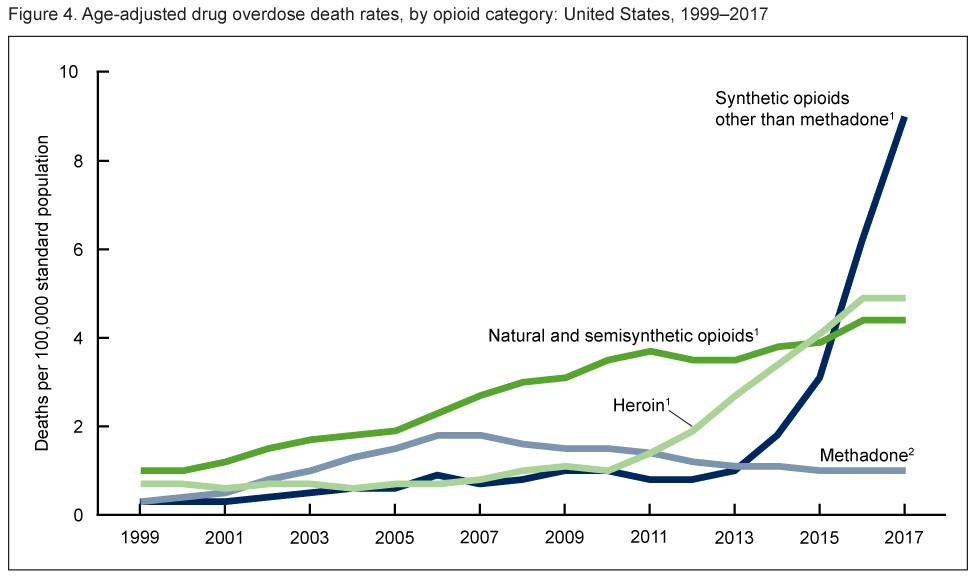 There are 36 states and 1,600 cities and counties that have filed lawsuits against Purdue, and four members of the family have been asked to testify this month as part of cases against Purdue in Ohio and Oklahoma.

Richard, Kathe, Mortimer D.A. and Jonathan Sackler, all members of Purdue’s controlling family and former board members of the company, are scheduled to sit for depositions beginning...

More in this category: « Futu is the first big Chinese IPO of 2019: 5 things to know about the online brokerage Americans face more stringent travel screening to visit parts of Europe starting in 2021 »