John Oliver is calling out the FCC — and HBO’s new parent company AT&T — for not doing enough to fight robocalls.

In fact, the “Last Week Tonight” host revealed during the main segment of Sunday night episode (on HBO) that he’s going to “unleash hell” and get the FCC’s attention by spamming the office lines of its five commissioners every 90 minutes with robocalls of his own. Oliver played the recording for his audience:

‘Hi, FCC! This is John from customer service. Congratulations! You’ve just won a chance to lower robocalls in America today. Sorry, but I am a live person. Robocalls are incredibly annoying, and the person who can stop them is you! Talk to you again in 90 minutes. Here’s some bagpipe music.’

The comedian/political commentator cited statistics showing that robocalls and spam calls are on the rise; in fact, half of all mobile calls are expected to be spam robocalls by the end of this year, according to call protection company First Orion[1], which analyzed data from 50 billion calls over 18 months. It found that the percentage of spam phone calls has jumped from 3.7% of total calls in 2017 to 29.2% in 2018 — and it predicts that number will hit 44.6% by early 2019 before rising to half of all calls by year-end.

“Everybody is annoyed by robocalls. Hatred of them might be the only thing that everyone in America agrees on now,” Oliver added.

Worse, the scammers that spammed Americans with more than 30 billion robocalls in 2017[2] ended up costing consumers $350 million[3].

Oliver also played a news clip reporting that robocalls are the No. 1 complaint made to the FCC every year, totaling more than 500,000 a year, or about 60% of all complaints received by the FCC.

“They are definitely aware of the problem,” said Oliver. He also continued to dig at AT&T, which acquired Time Warner Inc. (and thus, HBO) for $85.4 billion last year[4]. 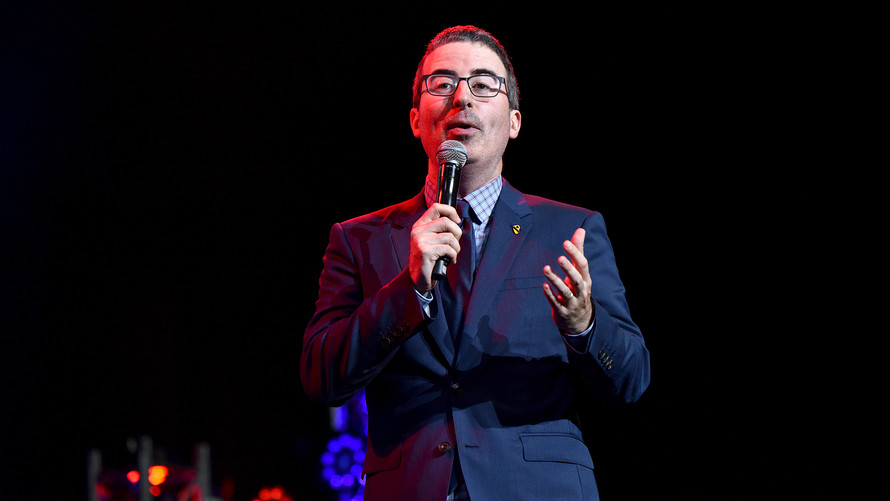 “This is a real problem for consumers because we have to use our phone. We can’t go back to the days when everyone would just shout their message into a jar and then mail that jar across the country. That was a terrible system, as it was only marginally more accurate than having AT&T now,” he said. “And AT&T isn’t going to listen to you at all, unless you call them on T-Mobile — how would they hear you otherwise? Their call would drop out. That’s right, business daddy. Oh that’s right. You’ve...