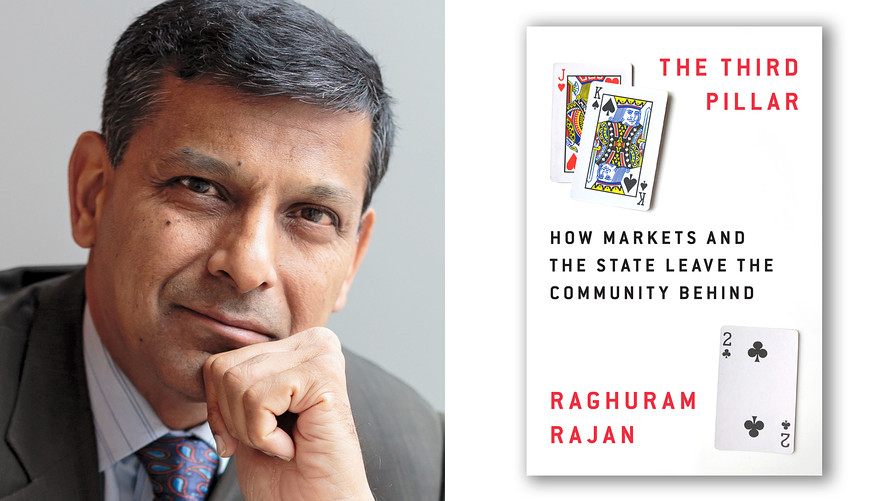 In the wake of the global financial crisis, extremist “populist nationalism” is on the rise around the world. Also on the ascendancy are authoritarian leaders.

Is this trend inevitable? Or is there a way to counter this political shift away from democracy and free-market capitalism?

Raghuram Rajan believes there is a way, and he lays the path out in his new book, “The Third Pillar.”

Rajan is a good candidate for the task, being most renowned for warning the Federal Reserve at the 2005 Jackson Hole conference that the global banking system was more fragile than anyone knew. He then ran India’s central bank for three years from 2013 until 2016 — including giving an interview with MarketWatch that proved controversial back home[1], in which he said, “in the land of the blind, the one-eyed man is king.”

In India, those comments were seen as talking down the local economy[2].

Rajan said he undertook the task of writing the book to give his sense “of why capitalism worked and why we see it flourishing primarily in democracies, and also why it seems to be having problems right now — so much pushback.”

“The back and forth of whether we are more market-oriented or more government-oriented misses a fundamental third force - community - giving people the capacity to function in markets but also creating some daylight between the government and the private sector.”

To focus on the U.S., following World War II, neoliberal free-market economic polices coined the “Washington consensus” came into being. Key tenants of this consensus were free trade and lightly regulated financial markets

Slowly but surely, this consensus was undermined by a technological revolution that led to the disappearance of middle-income jobs.

This put a strain on the U.S. economy. Frothy financial markets kept the economy churning until the financial crisis broke its back.

“There was a sense the guys on Wall Street either greedy or misinformed and the elite establishment didn’t have a clue the crisis was coming or a strong sense of how to fix it,” Rajan said.

“We are coming to terms with the fact that opportunity is diminished for significant parts of the populations. We had to recognize the fact we didn’t have any magic to resolve the conditions of those falling behind,” Rajan said.

On the right, populists want policies that end perceived favoritism of minorities. The left favors a system of redistributive of income and opportunity.

Instead of these extremes, Rajan goes back to the roots of the development movement and “bottom up” solutions.

The way forward is “inclusive localism,” Rajan said — vibrant local communities to restore democracy. In the last 20 years, too many...

More in this category: « Gundlach Lashes Out At "Crackpot" MMT Used To Justify "Massive Socialist System" New Home Sales Slump In January, Despite Drop In Prices »