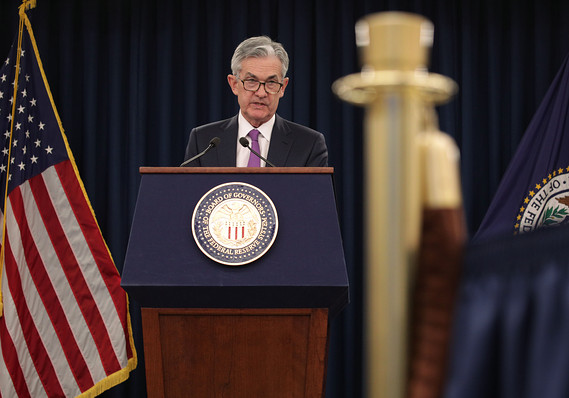 Fed Chairman Jerome Powell will use his press conference Wednesday to accentuate the positive about the outlook while avoiding the negative, economists said.

“Powell doesn’t want to scare markets with rhetoric that would speak to an interest rate cut,” said Brett Ryan, economist at Deutsche Bank. That would only spark fears the Fed knows something the market does not know, he added.

Avery Shenfeld of CIBC agreed: “We likely won’t see anything to suggest that they are close to thinking about an outright rate cut.”

The economy has slowed since the fall. Jobs growth slowed to just 20,000 in February, and retail sales in January only inched higher after one of the worst Decembers in years.

On the positive side, Powell can cite an easing of financial conditions and some tentative positive signs from overseas for his optimism.

Most economists think the Fed is not done raising rates. But markets are pricing in a rate cut this year.

Investors will be watching closely the central bank’s projections for the path of interest rates.

“One challenge for the bond market is that, even if Powell takes one further step to the dovish side, it is unlikely the FOMC has swung as far as markets are now positioned,” Shenfeld said.

Read: Here are 3 things to watch when the Fed unveils its latest dot plot[1]

Powell is likely to stress his patient message and covey the notion that “although it’s impossible to know for sure whether or when the Fed will raise rates again, it will not be soon,” said Roberto Perli, a former Fed staffer and now head of global monetary policy research at Cornerstone Macro.

Perlli said Powell had induced some market SPX, +0.24%[2]  gyrations at the last couple of press conferences and will try hard not to do that this time.

For instance, in December, Powell said the central bank’s plan to shrink the balance sheet was on “auto-pilot.” The Dow Jones Industrial Average DJIA, +0.15%[3]  fell 1,883 points or almost 8% in the four days after Powell made that remark.

The Fed had to quickly reverse course and is set to outline Wednesday exactly when it will stop shedding assets, expected before the end of this year.

Read: Fed seen revealing ‘how and when’ it will stop shedding assets[4]

In an interview on CNBC, Julia Coronado, founder of MacroPolicy Perspectives, said...

More in this category: « Pat Buchanan Asks: Who Spawned The Christchurch Killer? FedEx Is Talking As If A Global Recession Has Already Begun... And The Numbers Back That Up »