Update3: Barr says that the Justice Department's Inspector General is working on reviewing the process used by the FBI to obtain a FISA surveillance warrant on Trump campaign aide Carter Page, and that the IG report will be complete in May or June. Barr also said that he's overseeing a separate wider investigation.

Barr says the DOJ IG is working on a review of FISA process as it relates to Trump/Russia investigation (phony Dossier was cited to obtain warrant on Carter Page.) Says review will be complete in May or June. Barr also overseeing a separate, wider review. Reckoning coming soon.

Update2: Barr says that the redacted Mueller report will be ready for release in one week, and that he is relying on discretion in deciding what to make public.

Attorney General Bill Barr has arrived for his appearance before a House Appropriations panel to testify on the DOJ budget. We expect some members to ask about the Mueller probe and report. Stay tuned! pic.twitter.com/hhGBsQGuXY

Attorney General William Barr will appear before the House of Representatives appropriations subcommittee on Tuesday for the first time since special counsel Robert Mueller submitted his Russia report surrounding the 2016 US election, reports Reuters. 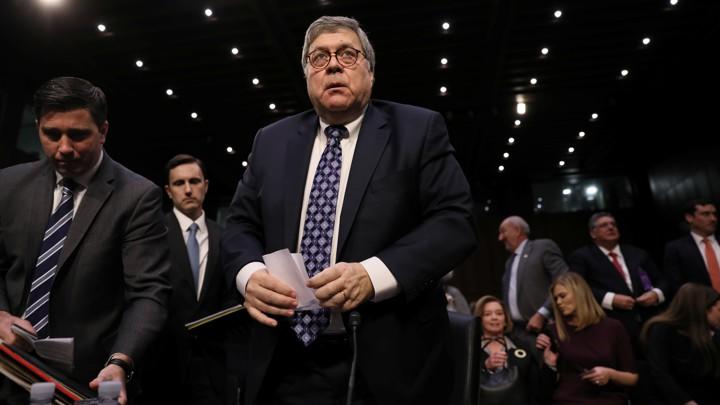 While the session is intended to explore the Trump administration's $29 billion Justice Department fiscal 2020 budget request, Barr will undoubtedly face questions about the Mueller report and when Congress might expect to see a redacted version.

Barr has been working with Mueller to redact sensitive portions of the report, including grand-jury information following a ruling last week at the US Court of Appeals for the DC Circuit. He has indicated that it will be ready by mid-April, in just a few days.

Mueller turned his confidential report over to Barr on March 22 following a 22-month-long probe into whether Donald Trump may have colluded with Russia during his 2016 presidential campaign and whether Trump later obstructed inquiries into the matter.

On March 24, Barr released a four-page letter to Congress laying out what he said were Mueller’s main findings. Barr is expected to submit a redacted copy of the full report to the public and Congress by mid-April, or even sooner. -Reuters

Democrats are using the redactions to suggest that Barr and the Trump administration are holding back vital information which they hope might deliver the impeachment they've sought for more than two years, despite Mueller's findings of no collusion - and AG Barr and Deputy AG Rod Rosenstein determining that Trump did not obstruct the probe.

Read 329 times
Tweet
Published in Economics
More in this category: « Cannabis stocks lower as investors await the fate of the States Act Here’s why oil giant Saudi Aramco is selling bonds like it’s a government »
back to top