A robot named "Colossus" played a key role in helping save the lives of firefighters at the recent Notre Dame blaze, according to The Independent. When the commander of the Paris fire brigade told his firefighters to retreat because the building's temperatures had grown too high, he instead enlisted the help of a 1,100 pound tank-like robot with the ability to venture into places and conditions that would quickly kill a human being.

The robot utilizes a water cannon capable of firing more than 660 gallons per minute, which it sprayed at the walls of the cathedral in the midst of the blaze.

Gabriel Plus, a spokesman for the Paris fire brigade said: “Time was against us, the wind was against us and we had to get the upper hand. The priority we set was to save the two belfries. Imagine if the timber of the belfries had been weakened and the bells had collapsed. That was really our fear. In the beginning, it was not impossible to imagine that the cathedral structure could collapse.” 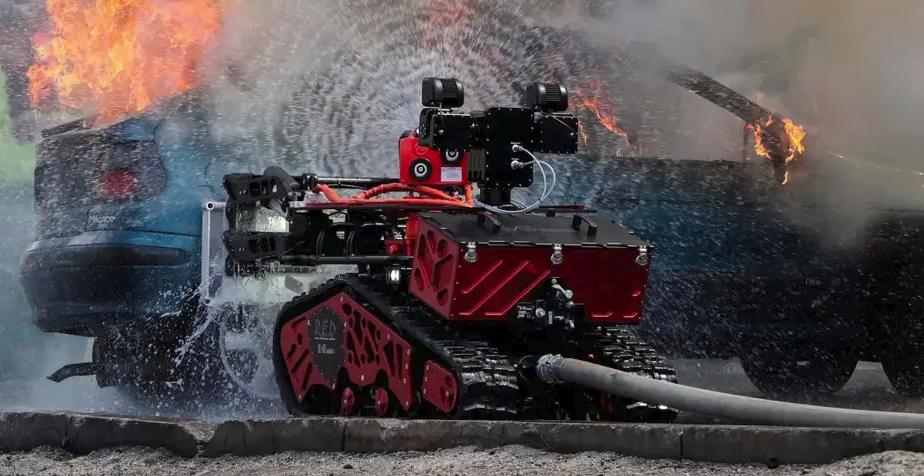 And the machine's role in fighting the fire may be the cornerstone of welcoming in an era of robotic firefighting. Over the last 10 years, different countries and organizations have started to develop similar types of machines that can fight fires. They aim to not only help gather information using cameras and various sensors, but to keep firefighters safe.

The "Colossus" robot is deployed with the Paris Firefighter Brigade and other with many other French or foreign Regional Services of Fires & Rescues. And the robot in Paris isn’t the only of its kind in action. China has also utilized firefighting robots in drills and Howe and Howe Technologies, a company that specializes in military robots, has developed several additional firefighting robots that are designed for industrial environments using foam or water.

Lockheed Martin also has a robotic fire truck called "Fire Ox" that can be controlled using something similar to a video game controller. It was first designed to fight structure fires or wildfires. On top of that, the Navy has also begun experimenting with a nearly 6 foot humanoid robot that can help it fight fires. The machine, described as "terminator-like" is designed to throw propelled extinguishing agent grenades and handle a firehose. 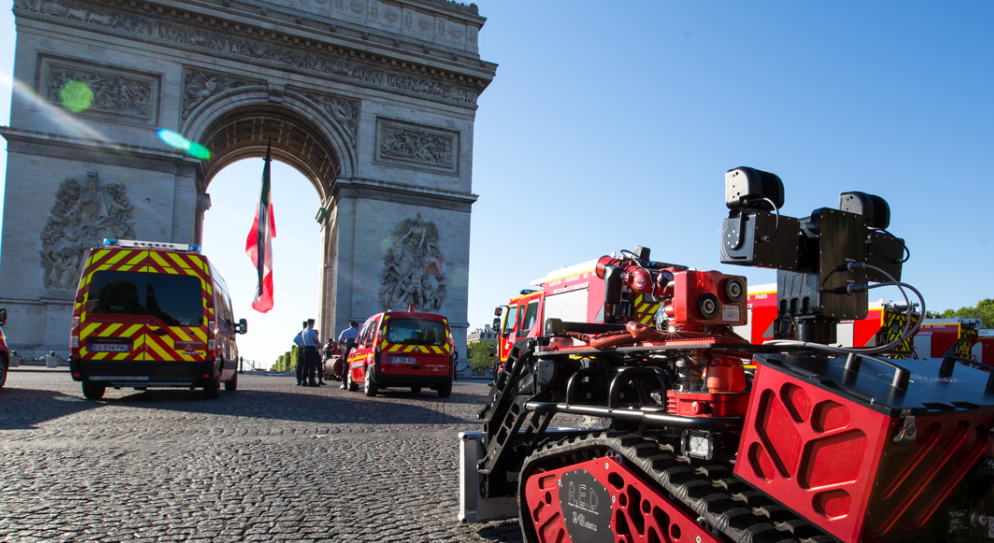 The company that manufactures the robot did not reveal its price tag. "Colossus" is 2.5 feet wide, 5.25 feet long, can carry 1200 pounds and be operated from almost 1000 feet away. It is controlled using a joystick and the machine is waterproof, fireproof and can withstand thermal radiation. It can even go up stairs. The machine is powered with lithium ion batteries that can last up to eight hours and robots can also be equipped to use cameras, sensors and fans.

Brian Lattimer, the vice president of research and development at the safety engineering and consulting firm Jensen Hughes, said that the appeal of these...

More in this category: « Dow, S&P 500 and Nasdaq near records but stock-market volumes are the lowest in months — Here’s why A ‘tired’ stock market is a reason for caution, says chart watcher »