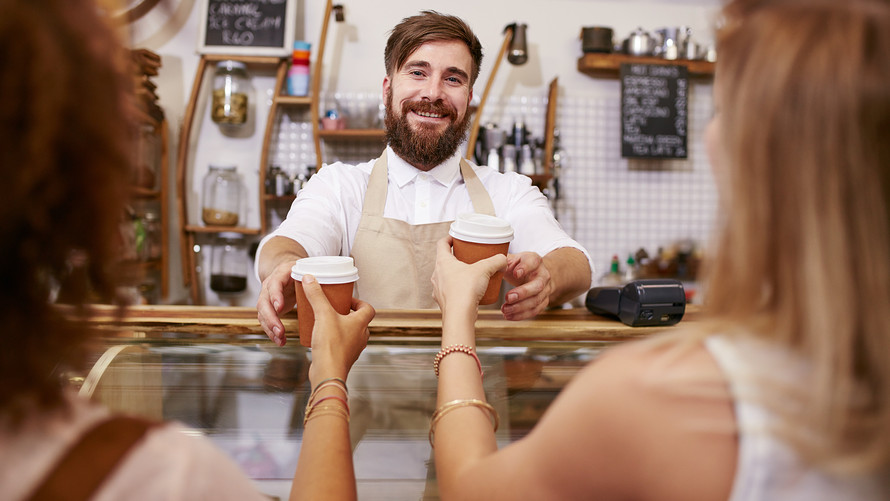 Feigning cheerfulness at work could drive some employees to drink after they clock out, a new study[1] suggests.

The researchers studied workers who come in daily contact with outsiders, including customer-service representatives, restaurant servers, teachers and nurses. They found that employees who tended to engage in “surface acting” — that is, amplifying, hiding or faking emotions for a work role — were more likely to be heavy drinkers. All that acting can be exhausting and stressful, they said.

The researchers studied workers who have daily contact with customer-service representatives, restaurant servers, teachers and nurses.

More specifically, people who frequently wore an emotional mask at work were also more likely to report frequent and heavy drinking directly after work “when they were impulsive personality types, and in jobs with customer- and public-level interactions” like sales clerk, barista or bus driver, Grandey said.

The study, published in the peer-reviewed Journal of Occupational Health Psychology, analyzed data from nearly 1,600 participants from a larger survey — the National Institutes of Health-funded telephone survey of adult U.S. workers.

The researchers measured participants’ tendency to use surface acting; their alcohol consumption within two hours of leaving work and the frequency with which they drank to intoxication or drank four to five or more drinks in two hours; work autonomy; impulsivity; and job and personal variables.

Employees’ level of personal and professional control appeared to play a role, Grandey said. People who worked in jobs that offered autonomy and who had personal self-control were “protected from having to ‘effortfully’ control their emotions,” she suggested, and didn’t have the same problem.

But for workers who do need to employ a lot of self-control at work, there may not be much left once they get home.

“The argument is that drinking is an impulsive behavior — it’s something we might do because it feels good in the moment, but we pay for it later,” Grandey said. “If we’ve been practicing that self-control over our emotional state all day, when we get home, we can let go. And one way we might let go is by drinking.”

‘If we’ve been practicing that self-control over our emotional state all day, when we get home, we can let go. And one way we might let go is by drinking.’

The effect of surface acting was neutralized for employees whose service jobs involved ongoing relationships with...

More in this category: « "Everybody Is Distracted" Tesla Tumbles To 2-Year Lows After Musk-Cramer Exchange »