Authored by Pat Buchanan via The Unz Review,

As he debated with himself whether to enter the race for the 2020 Democratic nomination, Joe Biden knew he had a problem.

As a senator from Delaware in the ’70s, he had bashed busing to achieve racial balance in public schools as stupid and racist.

As chairman of Senate Judiciary in the hearings on the nomination of Clarence Thomas in 1991, Biden had been dismissive of the charges by Anita Hill that the future justice had sexually harassed her.

In 1994, Biden had steered to passage a tough anti-crime bill that led to a dramatic increase in the prison population.

Crime went down as U.S. prisons filled up, but Biden’s bill came to be seen by many African Americans as discriminatory.

What to do? Acting on the adage that your best defense is a good offense, Biden decided to tear into President Donald Trump — for giving aid and comfort to white racists. 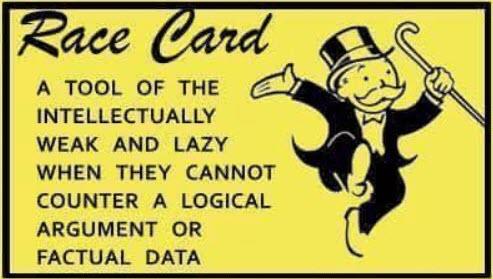 His announcement video began with footage of the 2017 white supremacist rally in Charlottesville, highlighting Trump’s remark, after the brawl that left a female protester dead, that there were “very fine people on both sides.”

“With those words,” said Biden, “the president of the United States assigned a moral equivalence between those spreading hate and those with the courage to stand against it. And in that moment, I realized that the threat to this nation was unlike any I had seen in my lifetime.”

Cut it out, Joe. This is just not credible. Even he cannot believe Trump had in mind the neo-Nazis and Klansman chanting, “Jews will not replace us!” when Trump said there were “fine people” on both sides.

If this were truly a road-to-Damascus moment for Biden, calling forth a new resolve to remove so morally obtuse a resident of the Oval Office, why did he have to agonize so long before getting in the race?

And was Charlottesville, a riot involving Klansmen, neo-Nazis and radicals, really a “threat to this nation” unlike any Biden had seen in a lifetime that covers the Cuban missile crisis, Vietnam, the riots in 100 cities after Martin Luther King’s assassination and Sept. 11?

Even the anti-Trump media seemed skeptical. Their first interviews after Biden’s announcement were not about Charlottesville but why it took so long to call Anita Hill to apologize.

Yet there is an unstated message in the Biden video. It is this:

With the economy firing on all eight cylinders, and the drive for impeachment losing steam, a new strategy is emerging — to take Trump down by stuffing him in a box with white supremacists.

The strategy is not original. It was tried, but backfired on Hillary Clinton when she called Trump supporters “deplorables … racist, sexist, homophobic, xenophobic, Islamophobic … bigots.”

This didn’t sit well with some...

More in this category: « Washington Post’s 10,000 Trump untruths is about 25% fake news Sell the stock market in May and go away? Not so fast, say experts »