Following Canada's Manufacturing PMI plunge into contraction in April, Markit reported US Manufacturing saw a very modest rebound in April (from 52.4 to 52.6) despite the slowest growth in employment in two years.

ISM was considerably worse, plunging to its weakest since October 2016 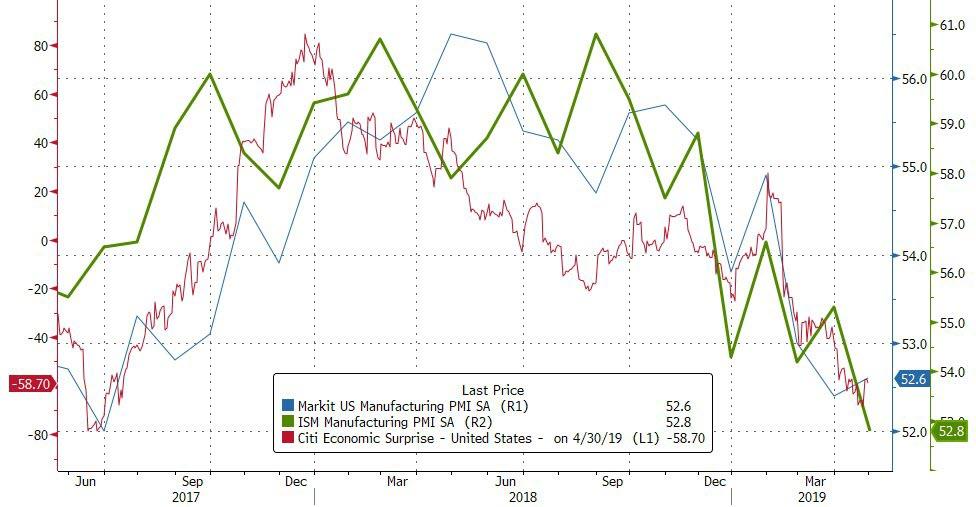 The measure for new orders also slipped to near the weakest since 2016, indicating softer demand. At the same time, the inventoriesgauge increased, suggesting stockpiles continue to expand, a trend that will likely eventually reverse and be a drag on growth.

The index of prices paid dropped to 50, a signal that inflation pressures are likely to remain muted.

"Although the PMI ticked higher in April, the survey remains consistent with manufacturing acting as a drag on the economy at the start of the second quarter, albeit with the rate of contraction easing. Historical comparisons indicate that the survey’s output gauge needs to rise above 53.5 to signal growth of factory production. As such, the data add to signs that the economy looks set to slow after the stronger than expected start to the year. 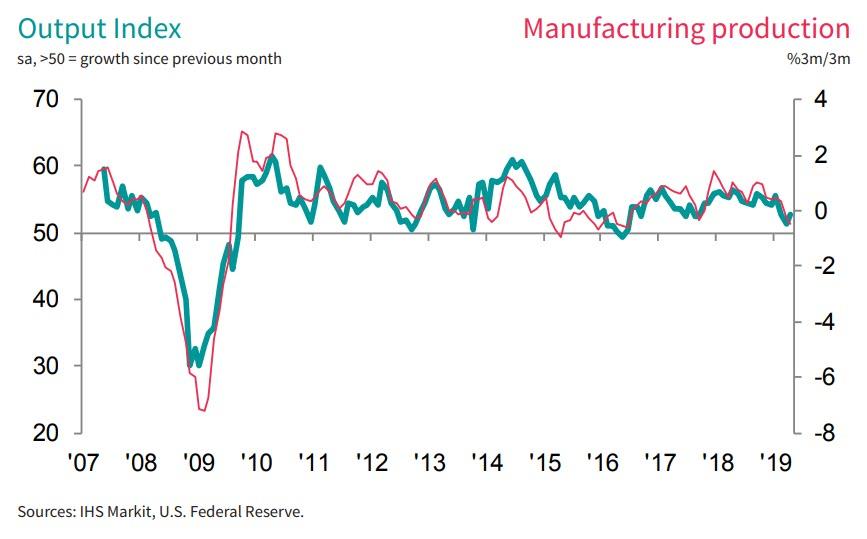 "Employment growth also disappointed as hiring slipped to the lowest for nearly two years, albeit in part due to firms reporting difficulties finding staff amid the current tight labour market.

“There was better news on the order book front, however, with inflows of new business rising and firms signalling an improved export performance. Unfortunately, on balance, manufacturers seem sceptical that the rise in demand will persist, with future expectations of output growth slumping lower in April.

So, probably best for Jay Powell to ignore the hard data and focus on the weak surveys to provide cover for his dovishness....

More in this category: « Sell the stock market in May and go away? Not so fast, say experts James Comey: Trump has ‘eaten the soul’ of the leaders in his administration »