At The End Of The Day, It's All About Confidence

Authored by Adam Taggart via PeakProsperity.com,

...and sentiment in the markets is now souring. Bigly. 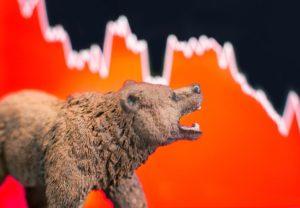 While many factors contribute to their creation, market reversals only happen when a shift in sentiment occurs.

That’s why bull markets can go on for much longer than reason merits. As long as the marginal buyer is keeping the faith that he can sell to someone else for more, prices will remain elevated no matter how ugly the underlying fundamentals: 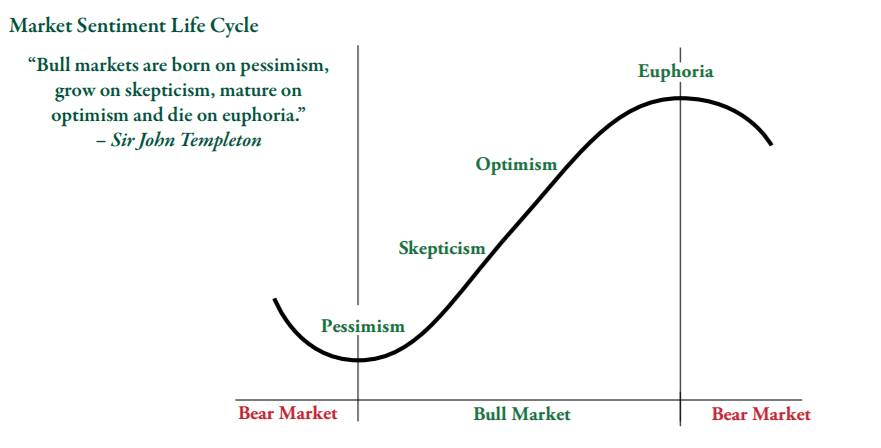 But at some point, the once-bulletproof euphoria becomes exhausted. And at the critical margin, net buyers become net sellers. (For a reminder of the supreme importance the margin plays, revisit our report The Marginal Buyer Holds The Pin That Pops Every Asset Bubble)

Here at PeakProsperity.com, we’ve been waving a giant warning flag of late that the scorching rally since January is a massive head-fake; unwarranted and completely unsustainable.

In our recent piece, The Bull(y) Rally, we exposed how an extreme and unnatural amount of hand-waving, jawboning and razzle-dazzle from the central State has been expended to ‘justify’ the ludicrous levels today’s prices are at given the preponderance of data showing the world economy is sliding into recession.

We’ve been shining a bright light on the technical compression seen in the major stock indices, indicative that a major breakout move is coming — one we’ve argued is much more likely to happen to the downside.

Well, with the recent fizzling of the principal storyline supporting the bullish narrative — an imminent trade deal with China  — our predicted downside breakdown finally occurred this week: 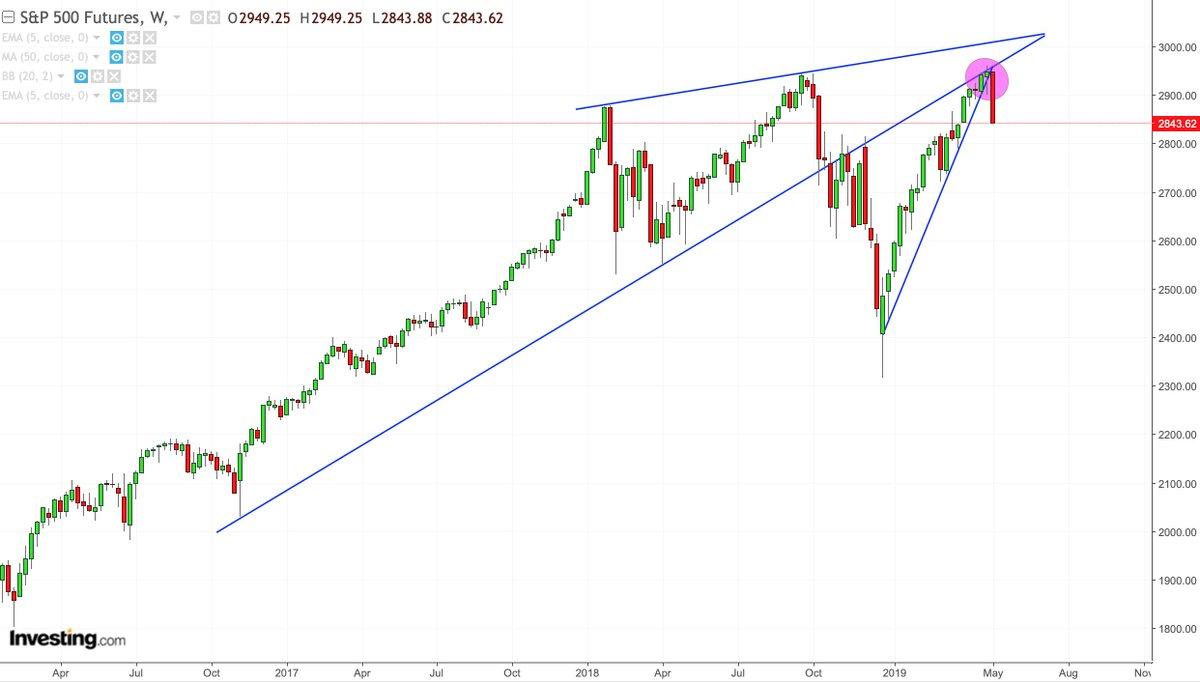 The above chart comes from Sven Henrick’s excellent work tracking the technical overextension of the major indices. From it, you can clearly see how the S&P has broken decisively below the ‘rising wedge’ formation it had been trading in since the start of 2019.

Confidence in the ‘Neverending Rally’ narrative has been broken. Sentiment has suddenly shifted from greed to fear: 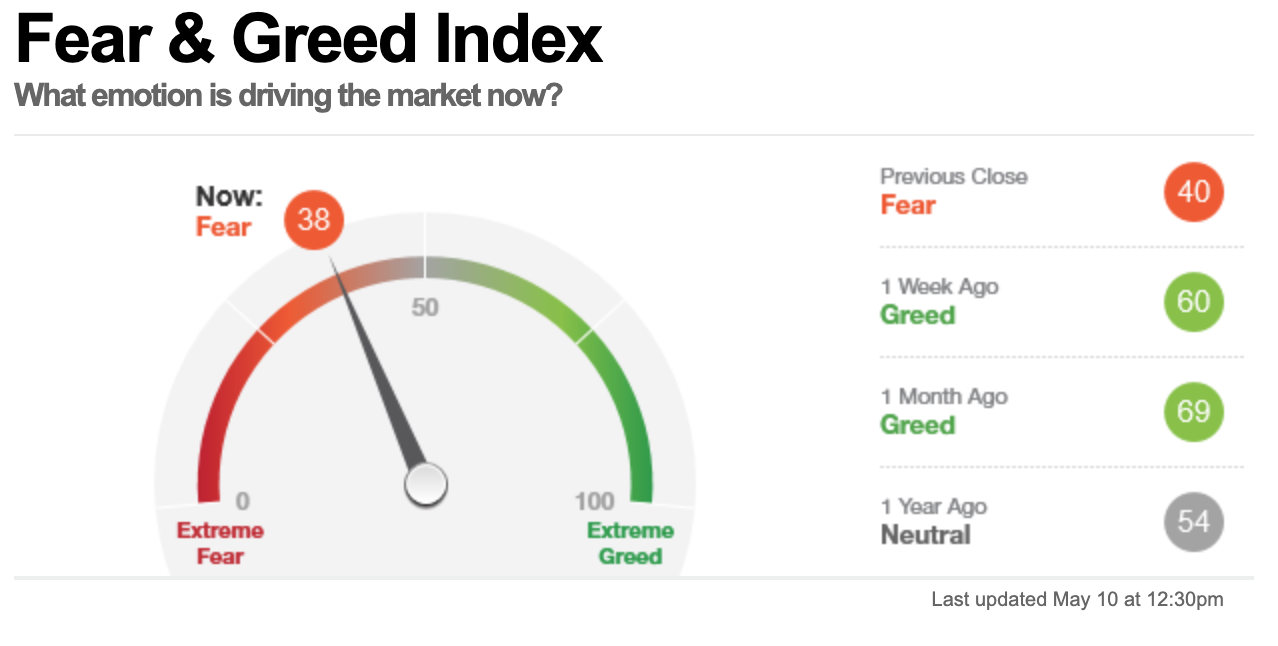 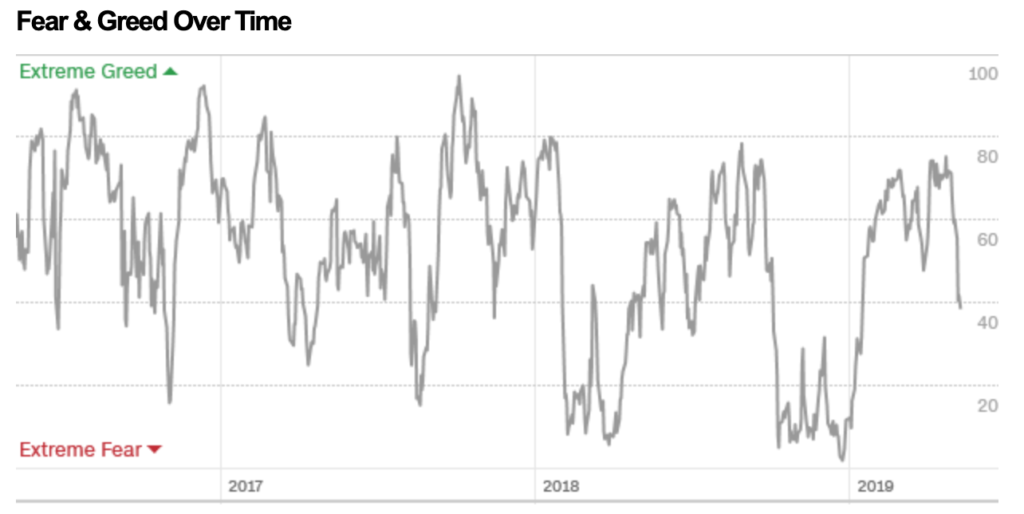 So the big question is: What comes next?

Without a game-changing trade deal, all we’re left with is a slumping global economy, growing civil unrest across the world, a looming corporate debt crisis — all while are assets still hovering at all-time high valuation multiples.

Look back at that chart of the S&P. It’s dangerously now looking like the market has made a triple top over the past year.

So…the fundamentals are bad, the technicals are fast deteriorating, and market sentiment is collapsing.

This is one of those moments where it’s easy to predict that tough times lie ahead.

The intelligent question to be asking right now is: What to do about it?

Well, it won’t come as a surprise to PeakProsperity.com readers that we advise prioritizing cultivating resilienceas the best strategy to weather what’s coming. Invest in your financial security, your health, your relationships, your knowledge...

Read 408 times
Tweet
Published in Economics
More in this category: « Why male Uber drivers earn more than their female colleagues Trump’s escalating tariff war with China will hit TVs, toys, iPhones and a rake of consumer goods »
back to top