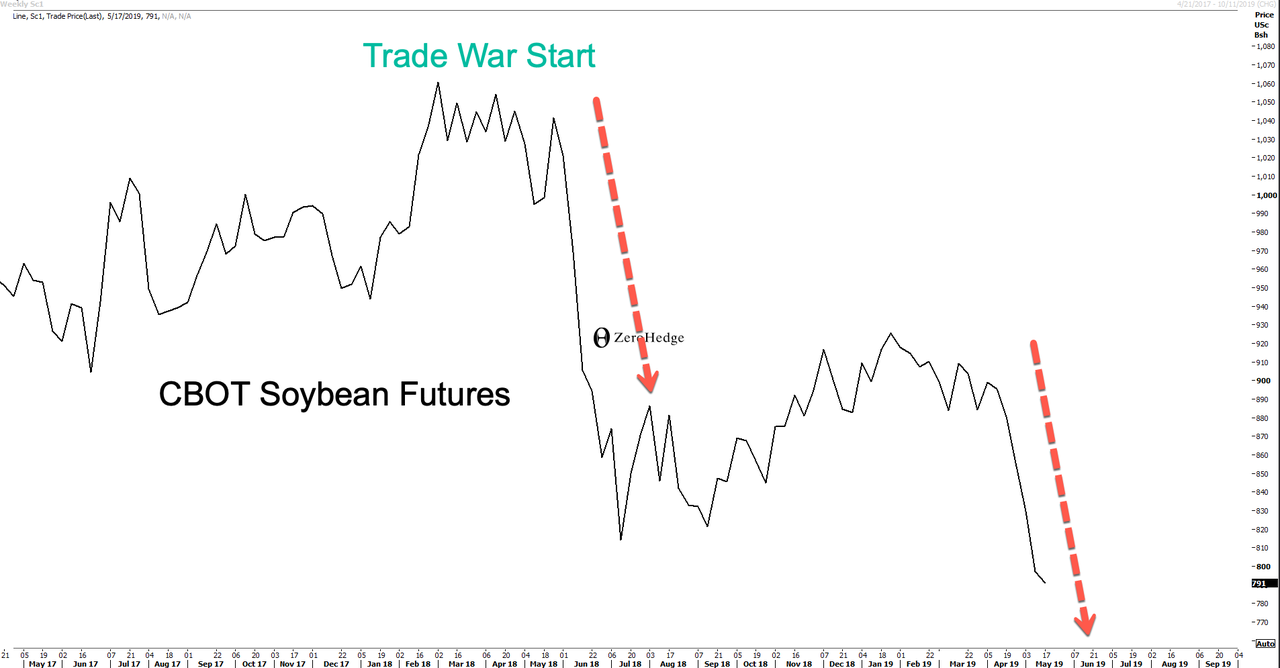 CBOT Soybeans futures plunged to their lowest level in a decade as China on Monday said it would raise tariffs on $60 billion in US goods in retaliation for Trump's decision on Friday to raise duties on $200 billion in Chinese products to 25% from 10%. The deepening trade war has pushed American farmers onto the verge of disaster. 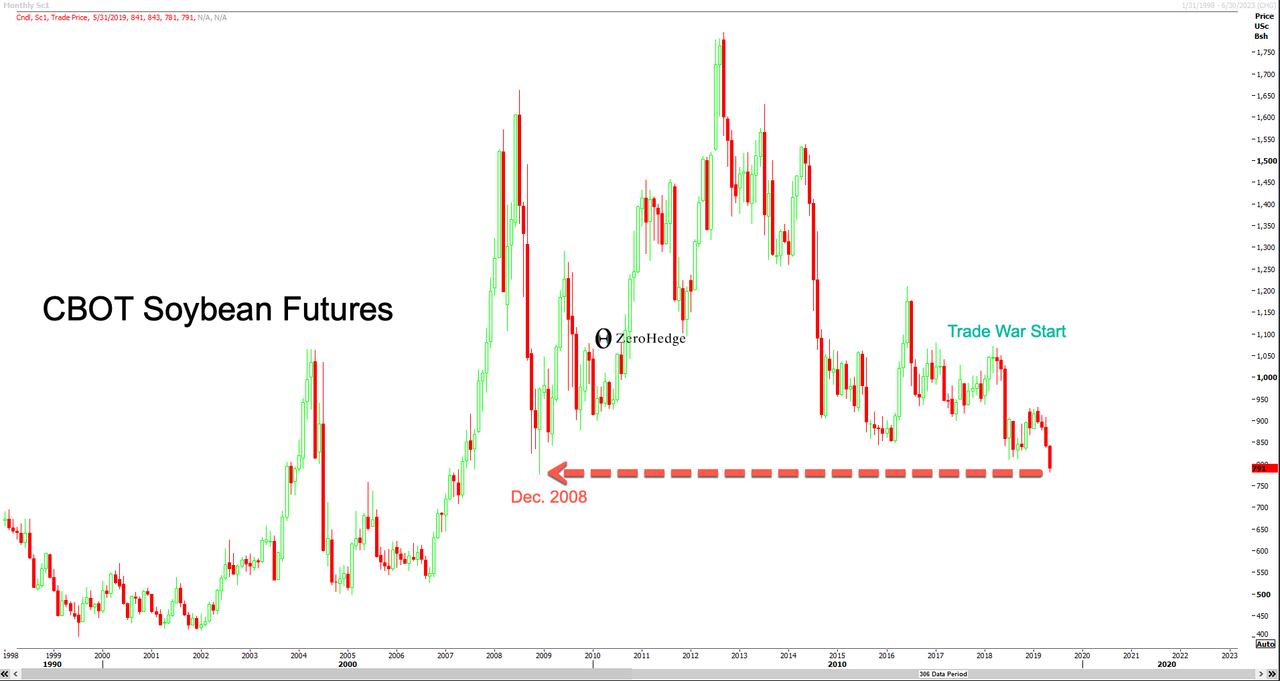 The escalation in the trade war doesn't directly affect agricultural products since most were already facing a 25% tariff rate in China last year. But the news on Monday sent soybean prices tumbling.

CBOT Soybeans broke below $8 per bushel on Trump's escalation of the trade war last week, plunged to $7.81 per bushel on the retaliatory tariff increases from China.

Refinitiv trade flows indicate the Sino-American trade war has cut over 80% of US soybean exports to China so far this market year (September-August). 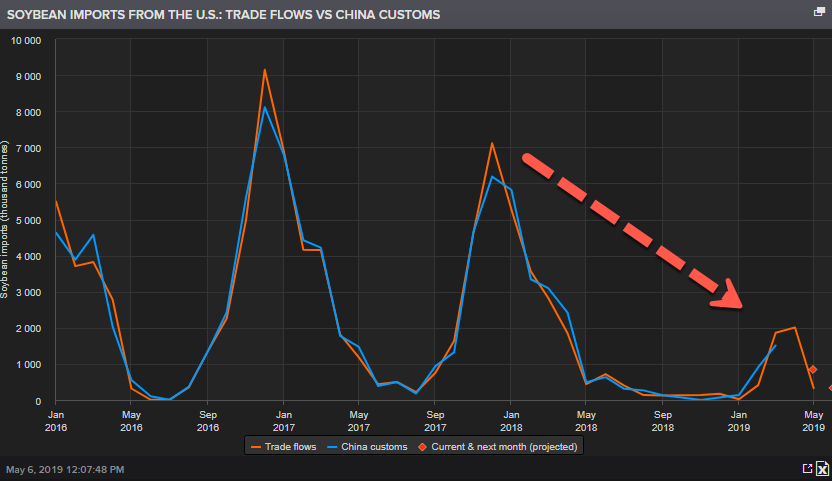 "Clearly, there's uncertainty about where we're going from here," St. Louis-based independent analyst Ken Morrison told Bloomberg. "Both parties have backed themselves into a corner."

The breakdown in negotiations comes at a time when soybean sales are decreasing, and huge stockpiles are building, have resulted in many farmers teetering on the verge of bankruptcy.

Morrison said China could cancel the 7.4 million metric tons of beans that have not yet been shipped, according to the US Department of Agriculture data.

The collapse in negotiations has also led Trump to pledge $15 billion worth of agricultural product purchases from American farmers through the Commodity Credit Corp., a federal agency given authority during the Great Depression to stabilize prices. Given the large stockpiles, it's still unclear how government purchases of soybeans would resolve the current supply overhang.

Farmers are some of Trump's key supporters, they've been big advocates of getting a better trade deal with Beijing, but now many are running out of patience as the Midwest goes bankrupt.

"The President of the United States owes farmers like myself some type of plan of action," John Wesley Boyd Jr., a soybean farmer in Baskerville, Virginia, told CNN's Brianna Keilar on Monday.

"Farmers were his base. They helped elect this president ... and now he's turning his back on America's farmers when we need him the most," he added.

John Heisdorffer, an Iowa soybean farmer and chairman of the American Soybean Association, planted a large crop of corn and soybean earlier this month, figuring a trade deal was immient.

"We kept hearing that talks were going well, it sure looked like this was all going to be taken care of soon," he said. Now, he added, "there's a lot of uncertainty and a lot of emotions right now for farmers."

Read 311 times
Tweet
Published in Economics
More in this category: « Most of the profit in the health-care industry is going to drug companies — here’s why you should care China censorship on trade war throws off quants’ social media algorithms »
back to top