The Internet Party One citizen... one vote... zero government interference.
updated 10:51 PM, Jan 16, 2021 UTC
Headlines:
Axios AM New Washington Deep Dive on Biden's plans: The Axios subject-matter experts brief you on the incoming administration's plans
Ocasio-Cortez: Facebook, Zuckerberg 'partially respo: Rep. Alexandria Ocasio-Cortez (D-N.Y.) on Friday condemned Facebook, as well as co
Justice Department knew there was no Russia collusio: The top Justice Department official in early 2017 overseeing the FBI's Russia prob
NerdWallet: How to apply for the second round of PPP: Qualifying businesses that need help beyond their initial loan will be able to app
Manchin: Removing Hawley, Cruz with 14th Amendment ': Sen. Joe Manchin (D-W.Va.) said that the Senate should consider removing Sens. Jos
Russia To Start Mass Vaccination Of Its Population : Russia To Start Mass Vaccination Of Its Population Monday The Russian government 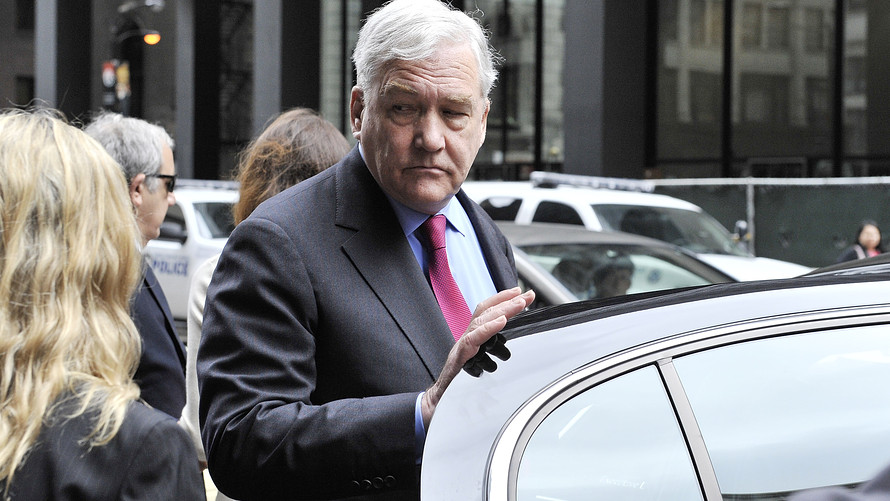 The Canadian-born Black once faced 13 charges over the alleged misuse of company funds, but over the years only two charges had managed stick — one for obstruction of justice and another for wire fraud.

And those two are now wiped away.

Black’s Hollinger chain was once the world’s third-largest English-language newspaper company, operating more than 300 newspapers, including the Chicago Sun-Times, the National Post, the U.K.’s Daily Telegraph and Israel’s Jerusalem Post.

He was forced out of Hollinger in 2003, after an investment firm with a stake in the company questioned the fees and noncompetition payments made to him and other execs. An internal investigation then took place, and prosecutors drew much of their evidence from that probe, according to a 2007 Wall Street Journal story.

Legal experts in 2007 said that the obstruction-of-justice charge had been fairly clear-cut. The government had charged the former chairman of newspaper chain Hollinger International Inc. for removing 13 boxes with documents from his Toronto offices in 2005, and a security camera had caught Black and his driver transferring boxes from his office to the car.

The charge of mail fraud had been at the center of considerable legal back-and-forth. A jury had convicted Black in 2007 on three counts of mail fraud and the one obstruction count, acquitting him on nine other counts, including charges of wire fraud and racketeering. He and three other former Hollinger executives swindled the company’s shareholders out of $6.1 million, the jury found.

But then in 2010, the Supreme Court reduced the reach of a federal law that makes it a crime for a person to deprive others of “honest services.” An appeals court proceeded to reverse part of the British baron’s conviction, while upholding his conviction on one fraud count and the obstruction charge.

Defense lawyers had criticized the “honest services” law as a last resort of prosecutors in corruption cases, but watchdogs have considered it key to fighting white-collar and public fraud, noted a Wall Street Journal article in 2010.

Black, for his part, played down the remaining fraud charge in a column published late Wednesday.

“The alleged fraud was reception of $285,000 in my office in Toronto while I was in England, from our American company, which was approved by independent directors, referred to in public filings of the corporation, but which the company secretary had not completely formalized, in what the trial judge correctly regarded as a clerical error on the secretary’s part,” he wrote in Canada’s National Post[2]. Black, who was released in 2012, also said he ended up serving three years and two weeks in U.S. federal prisons.

Black’s business dealings with the president included a 2001 deal with Trump to develop...

More in this category: « Top Tory Backbencher Says Theresa May Will Resign In June Gartman: "We Make An Official Recommendation To Sell Stocks Short This Morning" »