AOC stands with Buffett in complaint that crisis CEOs were rewarded, but should pay 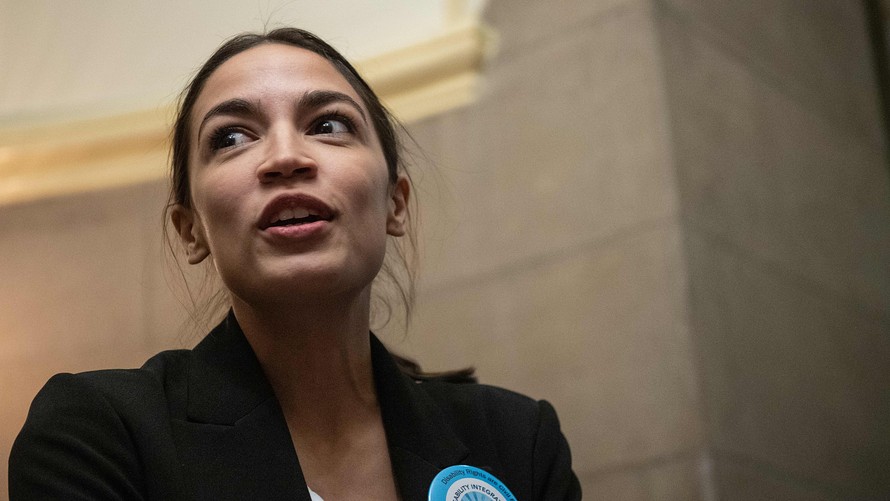 ‘Many [CEOs behind the financial crisis] still have influential roles in shaping the economy today. But we’re the crazy ones for wanting to tax ’em, right?’

That’s a snapshot of a Saturday tweet from Rep. Alexandria Ocasio-Cortez and it’s not the first time, nor likely the last, that the Democratic congresswoman will call out corporate influence in politics, executive compensation[1], and where they intersect.

With the tweet, AOC is standing with the U.S.’s third-richest man: Warren Buffett — a card-carrying Democrat born to a conservative congressman, he says — who earlier this month said the CEOs should take the hit, not shareholders, when companies fail.

The freshman New York lawmaker, who considers herself a Democratic Socialist though gets labeled as a Socialist much of the time, was retweeting a CNBC article capturing how Buffett told the room of shareholders at his annual Berkshire Hathaway BRK.A, -0.44%[2] BRK.B, -0.43%[3]  retreat that if a bank needs a government bailout, the responsible CEO should lose their net worth.

Here’s the full AOC tweet and the article link:

It still blows my mind that the CEOs who crashed our economy + caused millions of people to lose their homes not only escaped handcuffs; but got bonuses, too.💸

Many still have influential roles shaping the economy today.

But we’re the crazy ones for wanting to tax ‘em, right? https://t.co/oRWlw7Ogrj[4]

Buffett was responding to a question about Wells Fargo WFC, -0.27%[6]  — of which Berkshire is still a significant shareholder, despite a recent reduction[7] — and its embattled former CEO John Stumpf (even the Stumpf replacement has since been replaced[8]). Stumpf was removed amid a scandal over thousands of fake accounts created by salespeople to meet high-pressure quotas.

The possibility of malfeasance at one of his companies, or within Berkshire, has been one of his biggest dreads, Buffett admitted in early May[9].

But, said Buffett then: “If a bank gets to where it needs government assistance, the responsible CEO should lose his net worth and his spouse’s net worth.”

When a situation like that arises, “it’s the shareholders who pay,” he added.

AOC’s sympathies on Saturday went further: “It still blows my mind that the CEOs who crashed our economy + caused millions of people to lose their homes not only escaped handcuffs;...

Read 359 times
Tweet
Published in Economics
More in this category: « Supreme Court May Give Monday Hint On Abortion Agenda  Rare-Earth Stocks All Soar "Limit Up" After Xi's Threat »
back to top