Americans Haven't Been This Confident In The Current Economy Since 2000

Americans' confidence in consumption was expected to extend April's modest rebound but instead it soared in May, led by a big surge in consumers' view of the present situation. 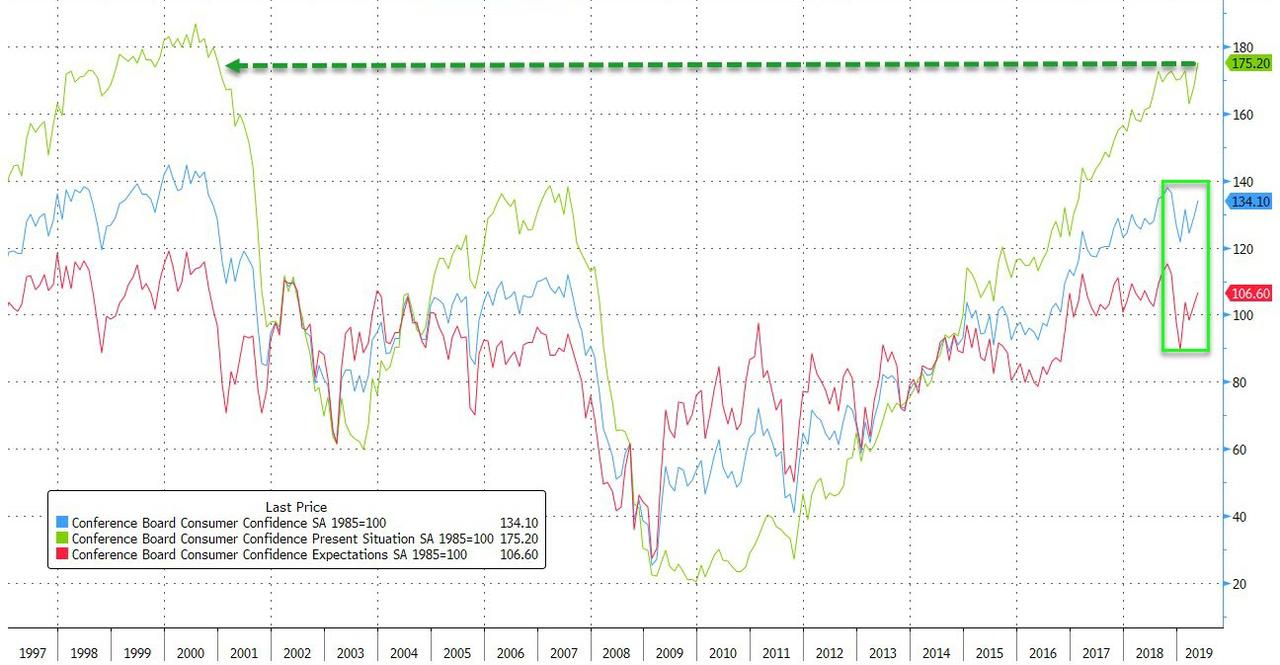 Expectations for the labor market also surged to a new cycle high (also the highest since Dec 2000)... 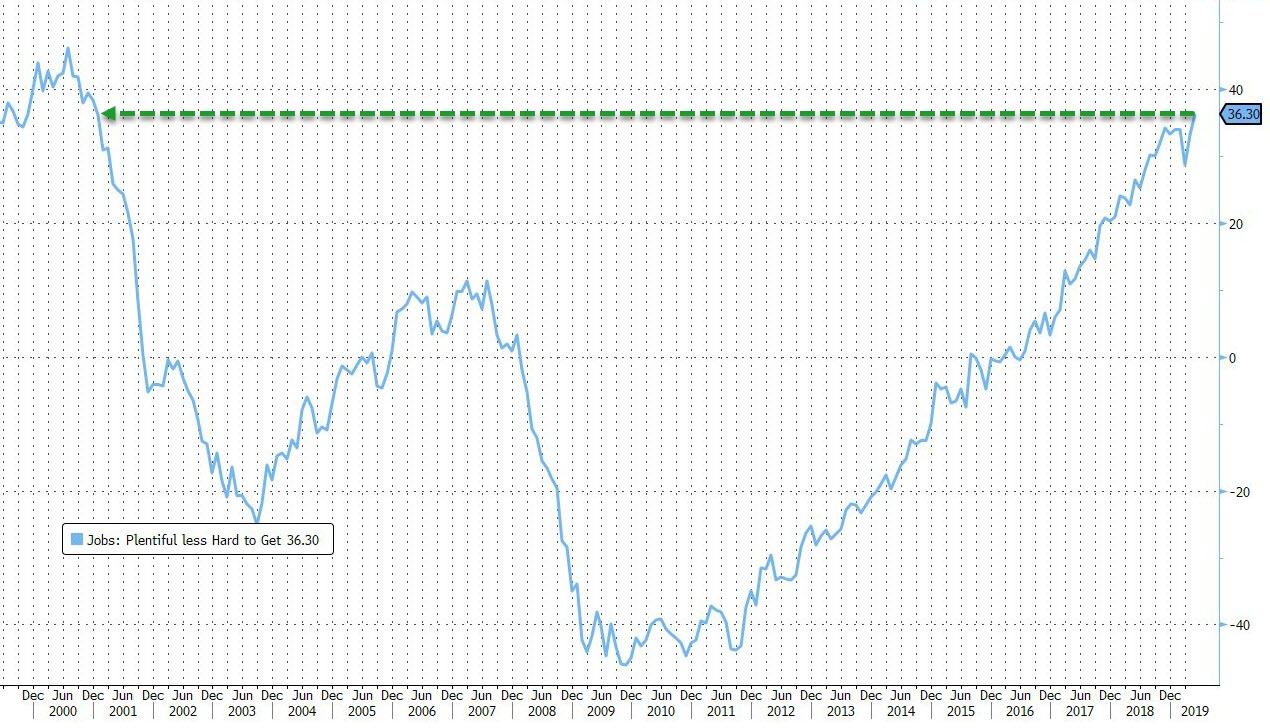 Almost every sub-index in the survey was higher/more optimistic.

“Consumer Confidence posted another gain in May and is now back to levels seen last Fall when the Index was hovering near 18-year highs,” said Lynn Franco, Senior Director of Economic Indicators at The Conference Board.

“The increase in the Present Situation Index was driven primarily by employment gains. Expectations regarding the short-term outlook for business conditions and employment improved, but consumers’ sentiment regarding their income prospects was mixed. Consumers expect the economy to continue growing at a solid pace in the short-term, and despite weak retail sales in April, these high levels of confidence suggest no significant pullback in consumer spending in the months ahead.”

So, as we see UMich and The Conference Board surveys showing a return to exuberance among US consumers, bank surveys are tumbling.

According to the report by BofA economist Joseph Song, consumers reacted negatively to the escalation in the trade war, and the confidence indicator started to slip lower on May 11th, coinciding with the announcement that the US will raise tariffs on imports from China to 25% from 10%. 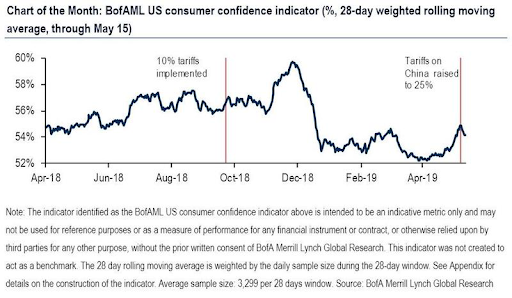 Digging into the details, BofA found that the deterioration in confidence was driven by a decline in both current conditions and expectations, diametrically opposite to what UMich found, beginning the question are US sentiment and confidence surveys - which clearly have the power to boost stocks, something which the president has clearly made a prerogative of his administration - just as manipulated as any "data" out of China?

Among the findings in the BofA report, is that the current expectations indicator had rebounded back to recent highs before the latest trade news, which the bank notes is "unwelcomed news as even a short term trade dispute could have a meaningful, albeit temporary, impact on spending."

Case in point, when we asked respondents if they had reduced or delayed spending at the start of the year, roughly 48% reported some pull back with lower income households citing the government shutdown as the primary reason and upper income households noting the stock market selloff.   ...

Read 365 times
Tweet
Published in Economics
More in this category: « The new math of saving for retirement may boil down to this one, absurdly simple rule This company wants to be the Bacardi of cannabis — and it has plans for an IPO »
back to top