Assange Is Reportedly Gravely Ill, And Hardly Anyone's Talking About It

Authored by Caitlin Johnstone via Medium.com,

Julian Assange’s Swedish lawyer Per Samuelson has told the press that “Assange’s health situation on Friday was such that it was not possible to conduct a normal conversation with him.” 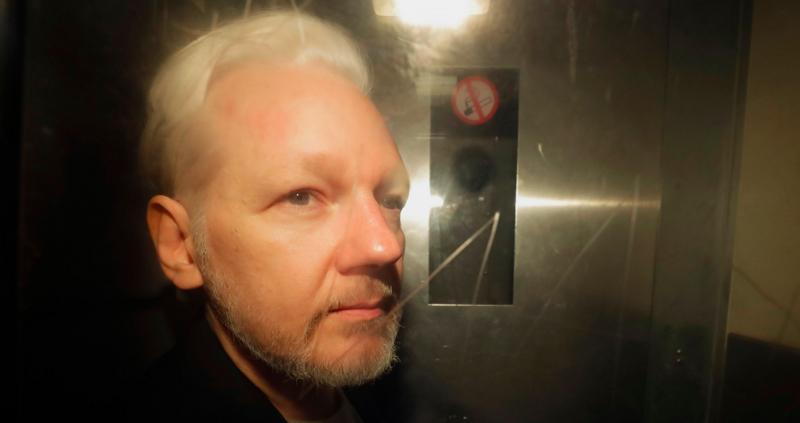 This jarring revelation has been reported by a small handful of outlets, but only as an aside in relation to Sweden refusing Samuelson’s request for a postponement of a scheduled hearing regarding Assange’s detention en absentia for a preliminary investigation of rape allegations. The fact that the imprisoned WikiLeaks founder is so ill that he can’t converse lucidly is itself far more significant than the postponement refusal, yet headlines mentioning Samuelson’s statement focus on the Swedish case, de-emphasizing the startling news from his lawyer.

As of this writing I’ve been able to find very few news outlets reporting on this at all, the most mainstream being a Reuters article with the very tame headline “Swedish court rejects delay of Assange hearing over ill-health: lawyer”. The Sydney Morning Herald also covered the story without even mentioning illness in headline, instead going with “Swedish court rejects effort to delay Assange hearing”. The much smaller alternative media outlet World Socialist Website has been the only outlet I’ve found so far which reports on Samuelson’s statement in anything resembling its proper scale, publishing a good article titled “Despite Assange’s ill-health, Swedish court rejects delay to hearing” a few hours ago.

This news has been so under-discussed and under-appreciated as of this writing that I didn’t find out about it until hours after the story broke, and I’m very plugged in to both alternative media commentary and WikiLeaks-related news. A report that Julian Assange was so sick he could barely speak all the way back on Friday and we still have no news about how he’s doing now should be hugely significant for everyone who cares about Assange, press freedom, government transparency or peace activism.

Another part of this story which has gone completely uncovered in all English-language media as of this writing is the news that Assange has actually been transferred to the hospital wing of Belmarsh prison. This was reported by the Swedish outlet Upsala Nya Tidning, a newspaper published in the same district court Assange is scheduled to call in to for his hearing. The report was also based on a statement to the press by Per Samuelson.

The article reports the following, per machine translation:

“Wikileaks founder Julian Assange’s Swedish lawyer wants the arrest hearing on Monday in Uppsala to be postponed. According to the lawyer, who has now visited his client in British prison, Assange is admitted to the medical department and was unable to make a call.

“Last Friday, Assange’s Swedish defender, lawyer Per E Samuelson, visited his client in prison. In a letter to Uppsala District Court, the lawyer says that they met...

Read 371 times
Tweet
Published in Economics
More in this category: « This company wants to be the Bacardi of cannabis — and it has plans for an IPO Gold and silver settle higher, buoyed by global stock-market weakness »
back to top