Authored by Dagny Taggart via The Organic Prepper blog,

Google is very interested in your shopping habits – so much that the tech giant is collecting and saving your purchase history. 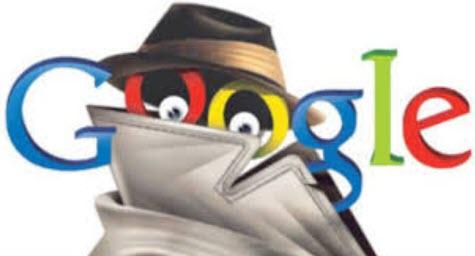 The company has been quietly keeping track of your online (and sometimes, offline) purchases for years, according to a recent report from CNBC.

In that report, writer Todd Haselton explains that he was looking around in his Google account and found something alarming:

A page called “Purchases ” shows an accurate list of many — though not all — of the things I’ve bought dating back to at least 2012. I made these purchases using online services or apps such as Amazon, DoorDash or Seamless, or in stores such as Macy’s, but never directly through Google.

But because the digital receipts went to my Gmail account, Google has a list of info about my buying habits.

Google even knows about things I long forgot I’d purchased, like dress shoes I bought inside a Macy’s store on Sept. 14, 2015. It also knows:

I decided to check my own Purchases page to see what kind of data Google has been collecting there and found this: 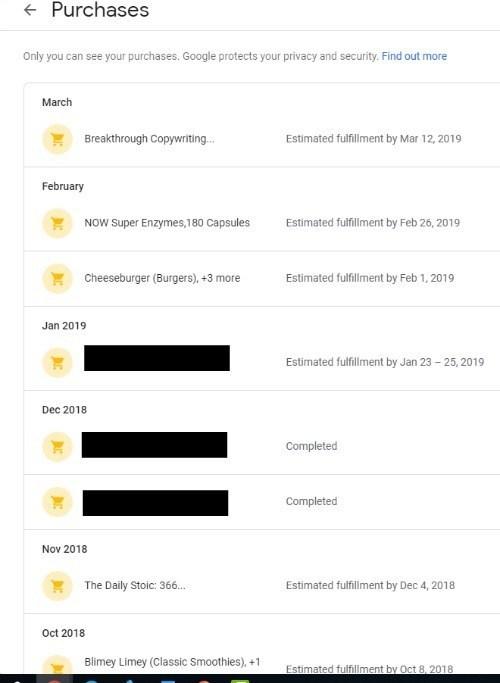 My purchase history goes back to October 2014 (!) but I decided not to share it all here in the interest of saving space (and sparing myself some embarrassment). I blacked out three personal items for, well, privacy reasons – as if privacy is even a thing these days.

I don’t shop online very often, I rarely opt-in to receiving email receipts, and I usually pay with cash when I shop or go out to eat, so I suspect that is why there isn’t much in my purchase history. Nonetheless, I find this disturbing, as someone who is becoming increasingly annoyed by the growing barrage of privacy invasions we all face.

For some, however, Google’s collection of purchase data could be quite embarrassing, as Bryan Clark explains in an article for TNW:

My girlfriend’s purchase history is a lot more interesting — our Amazon account is linked to her Gmail address. It’s there that Google could potentially find some intimate details, if it so chose. Not in our case, of course, as we’re both supremely boring individuals. But generally speaking this purchase data could reveal a lot about a person. It could point to an affair, for example (hotel receipts, clothing or gifts never given to a...