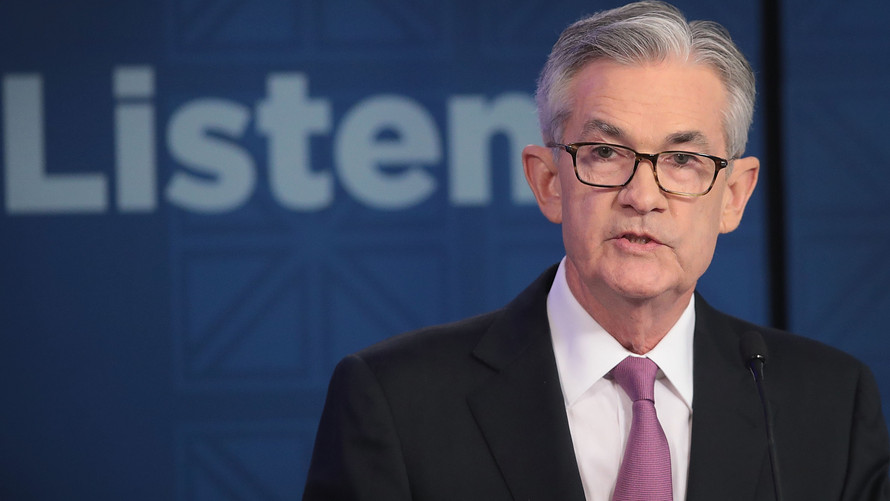 Stocks rose sharply Tuesday, extending gains after remarks by Federal Reserve Chairman Jerome Powell were seen by some investors as opening the door to a rate cut. Support was also tied to renewed hopes tensions between the U.S. and its major trading partners would die down.

Key indexes were bouncing back from a loss a day earlier that saw the tech-heavy Nasdaq Composite fall into correction territory on fears of heightened regulatory scrutiny of key companies.

How are stock benchmarks faring?

Stocks extended gains after Powell told a monetary policy conference on Tuesday that the central bank was monitoring the economic outlook in the face of escalating trade tensions and other factors. The Fed would “act as appropriate” to sustain the economic expansion, Powell said.

Also see: Powell signals it might be time to wave goodbye to the Fed’s ‘dot plot’[5]

Analysts also pointed to remarks by China’s Commerce Ministry, which said “differences and frictions” should be resolved through talks, according to news reports[6].

Read: Feds target 4 of the biggest tech companies in U.S., and their stocks got slammed[7]

The Nasdaq’s Monday decline was widely blamed on heightened threats that U.S. regulators may reduce the size of tech and social-media companies like Facebook Inc. FB, +2.22%[9] and Google-parent Alphabet Inc. GOOG, +1.61%[10] ...

Read 310 times
Tweet
Published in Economics
More in this category: « Dovish Powell Slams Yields, Dollar As He Opens The Door For More "Unconventional" Measures CTAs Hammered: Flip From "-100% Short" To "+97% Long" »
back to top