Microsoft MSFT, +1.34%[1]  said over the weekend that “Project Scarlett[2],” the code name for its new Xbox console that is set to arrive during the 2020 holiday season, will be powered by “custom-designed” AMD processors. Microsoft said the new Xbox will allow users to stream games from their Xbox One consoles to a mobile device.

“While AMD’s positioning in Microsoft’s next-gen Xbox has been expected, we think this should still be considered positive as it reinforces AMD’s positioning in the high-end processor and graphics market for game consoles (Microsoft’s ‘Project Scarlett’ and Sony’s PS5 consoles),” analyst Aaron Rakers at Wells Fargo wrote in a note to clients. 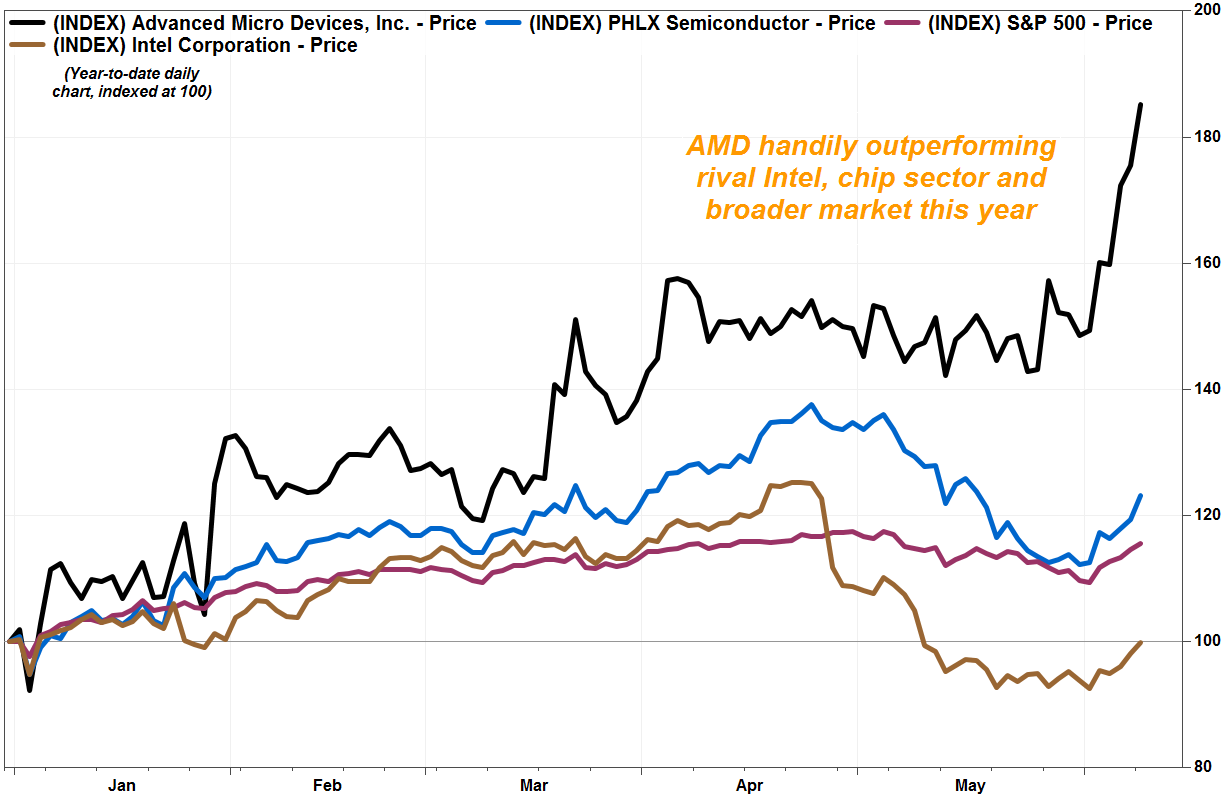 FactSet, MarketWatch
Bank of America Merrill Lynch analyst Vivek Arya highlighted three implied positives for AMD from its partnership with Microsoft: • A “solid” 2020 outlook for AMD’s semi-custom/console business, which represents 20% of sales. • Potential for “better” pricing/margins than the prior console refresh cycle in 2013, when AMD was in a more difficult financial situation. • Potential for enhancing the Microsoft/Sony partnerships via cloud streaming projects. But Arya said his bullishness on AMD, which he rates buy with a

Read 967 times
Tweet
Published in Economics
More in this category: « What's Your #IllinoisExodus Plan? Pritzker's Untruth: Illinois' Budget Is Billions Out Of Balance »
back to top