The strength of inversions widened today. That's a strong recession warning, but it is not the actual recession signal. 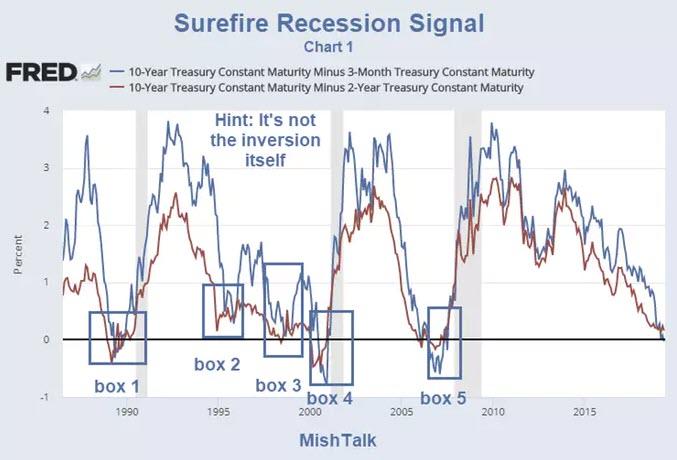 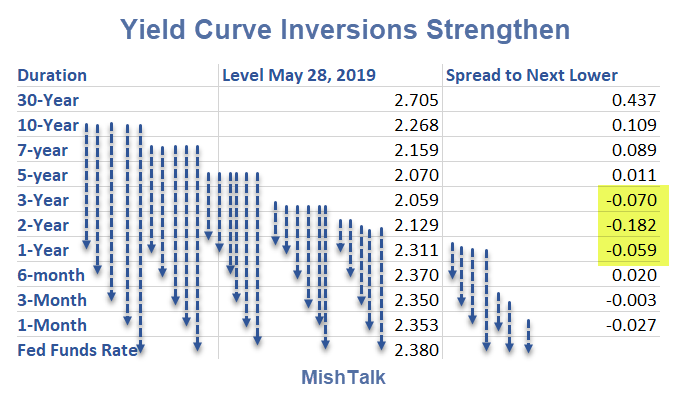 The recession imminent signal is not the inversion but a sudden steepening of the curve following a period of inversion.

A comparison of the strength of the inversions today vs 2007 will show what I mean.

Inversions With the 3-Month Note Today 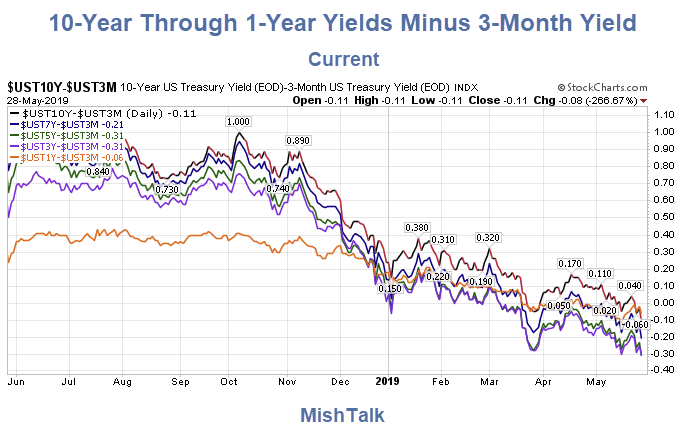 The 10-year, 7-year, 5-year, 3-year, and 1-year notes are inverted with the 3-month T-Bill. The inversion isn't the signal. A sudden steepening of the yield curve following inversion is the "recession imminent" signal.

Inversions With the 3-Month Note 2007 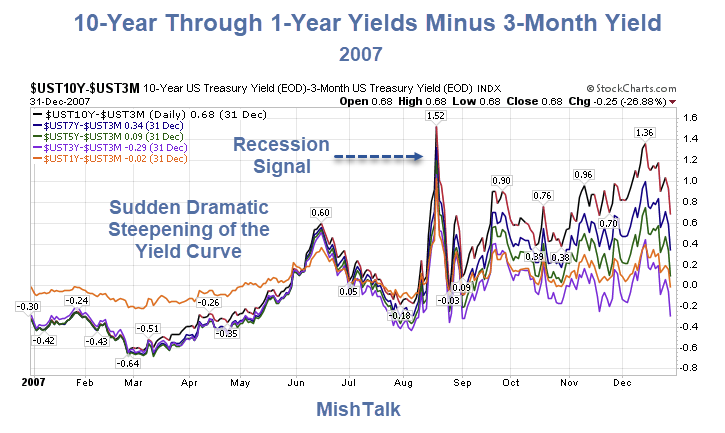 Chart 1 Repeated for Ease in Reading 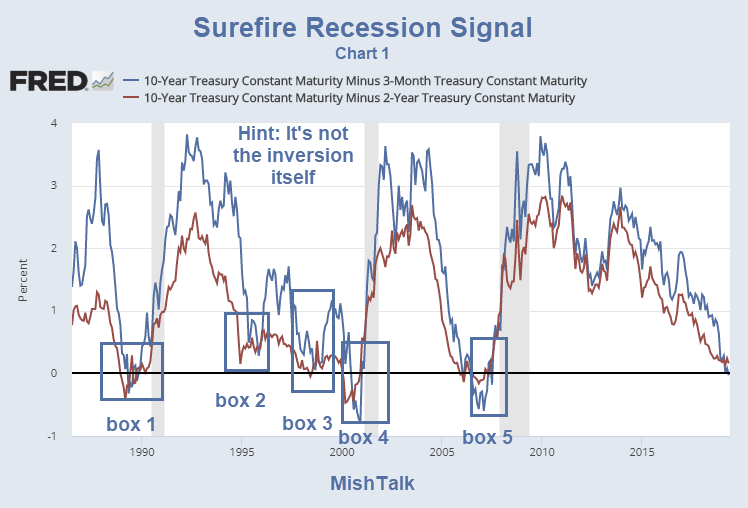 Some are waiting for a 2-10 inversion. Perhaps it does not happen. But even if it does, that will not be the signal.

Watch for a sudden steepening of the curve following an inversion.

That's easy. The Fed will either cut or signal it is about to cut.

On August 17, the Fed Cut the Discount Rate by 50 Basis Points

Fed Statement: Financial market conditions have deteriorated, and tighter credit conditions and increased uncertainty have the potential to restrain economic growth going forward. In these circumstances, although recent data suggest that the economy has continued to expand at a moderate pace, the Federal Open Market Committee judges that the downside risks to growth have increased appreciably. The Committee is monitoring the situation and is prepared to act as needed to mitigate the adverse effects on the economy arising from the disruptions in financial markets.

Inquiring minds are investigating the Minutes of the August 7, 2007 FOMC meeting released September 18, 2007.

More in this category: « Cannabis stocks mixed ahead of shareholder vote on Canopy/Acreage deal Trump Today: President sets ‘extended’ meeting with Xi as he rebukes Draghi over possible new stimulus »