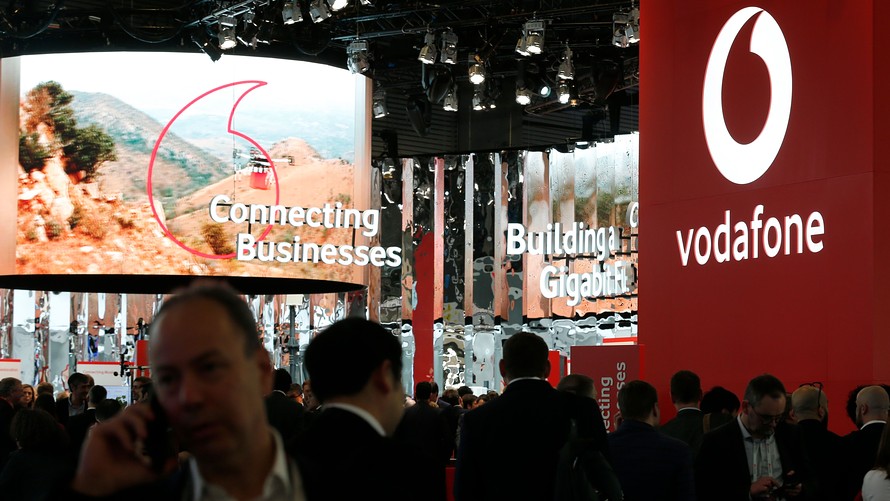 A top Vodafone Group PLC executive is leaving the firm to join Greensill, a fintech company with whom the telecom giant has previously entered into a complex and controversial financing arrangement.

Neil Garrod, Vodafone’s group treasury director, has been with the firm for more than a decade. During his tenure, Vodafone became a key Greensill client and a major investor in the GAM-Greensill Supply Chain Finance Fund, which is managed jointly by Greensill and Swiss asset manager GAM.

Vodafone VOD, +0.43%[1] had invested about $1 billion in the fund earlier this year, but it has now completely exited its position, according to a spokesperson for the telecom company.

Garrod said he is “very excited” to be joining Greensill and “inside the engine room of a company that is truly disrupting financial services globally.”

Greensill is one of the leading providers of supply-chain finance, a lightly regulated but fast-growing financial sector. The company was founded by Chief Executive Officer Lex Greensill — a former Morgan Stanley and Citigroup banker — in 2011 and counts former U.K. Prime Minister David Cameron as a paid adviser.

News of Garrod’s expected move from Vodafone to Greensill follows a flurry of recent personnel activity at Greensill. Financial News reported last week that the company had hired Standard Chartered’s former European head of global corporate coverage[2], Sean Hanafin, to be executive chair. Hanafin also previously worked at Citi. Meanwhile, Jason Austin, another ex-banker who was also a co-founder of Greensill, recently stepped down from his role as president and is now a senior U.K. adviser.

In a statement, Greensill’s CEO said: “We can’t wait to see how he helps us further advance our global mission to unlock capital so our millions of customers can put it to work,” referring to Garrod.

Greensill’s relationship with a GAM portfolio manager, Tim Haywood, was a key focus of a probe into a whistleblower’s allegations of wrongdoing at the Swiss asset manager, according to documents reviewed by FN.

Haywood was responsible for several billion dollars worth of GAM funds, including the GGSCF. He was suspended last year and then fired in February following the investigation. The move spooked investors who pulled billions of dollars from the funds he’d previously managed, sending GAM’s share price plummeting[3].

Haywood has repeatedly disputed the allegations against him and appealed to the company against the decision to fire him.

The GGSCF, set up in 2016, was nicknamed the “Vodafund” by Greensill staff because of Vodafone’s significance as an investor and a source of the underlying supply-chain assets, according to a person familiar with the matter. By late last year, Vodafone had invested about $1 billion in the fund, which had...