Authored by Ralph Fucetola via The Mises Institute,

Nobel laureate F.A. Hayek was, as he says in the 1990 introduction to his Denationalization of Money: The Argument Refined, one of the chief “gold bugs” of the 20th century. And he reminded us, so long as politicians want to control money, gold-backed currency is essential to protect our liberty from the politics of inflation. 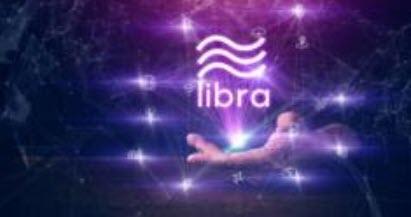 But his concern for money and market reached back to his earlier work, as noted in a number of articles posted in recent years at mises.org. As noted by Nikolay Gertchev:

In a series of five lectures delivered in 1937, and published under the title Monetary Nationalism and International Stability, Hayek offers an in-depth analysis of the main deficiencies of the present-day monetary system. In a nutshell, he identifies two factors that disrupt international economic relations: the fractional reserve commercial banks and the national central banks. The former are the primary source for the international transmission of the business cycles, while the attempts of the latter to correct the imbalances de facto amplify the resulting instability.

In 1975 Hayek eventually gave a lecture entitled “Choice of Currency,” in which he articulated for the first time the provocative demand that the state monopoly on money should be repealed. The publication of the monographs Free Choice in Currency and The Denationalization of Money followed a year later, in which he expanded in greater detail on his ideas on competition between private money issuers. ...

What shape would an order reflecting these power-sharing principles take, and how could it emerge? Hayek argues that such an order would take shape if the following liberties were granted:

Fast forward nearly a half century and Hayek’s call for the denationalization of money seems to be a real possibility, not just a crank libertarian position safely ignored by the monetary authorities.

The coming of the block chain technology and cryptocurrencies certainly suggest that the original post-World War II Bretton Woods “settlement” of the status of money, that gold and US dollars, redeemable in gold, were the basis for international settlements, failed. As have later revisions of the idea. Thus, an era of monetary uncertainty may give rise to possibilities for market-oriented reforms.

Bitcoin, as an example of “virtual gold,” gains its value from the limited number of units of that cryptocurrency and the expense in “mining” more of those units, not unlike real gold. While Bitcoin is the best known of the cryptocurrencies, CoinMarketCap.com lists over a thousand crypto currencies that are traded (though a significant percentage of these are actually ICOs —...

More in this category: « Want better sleep? Here’s the No. 1 bed pillow for under $50, according to experts S&P 500 eases off intraday high sparked by U.S.- China trade truce »