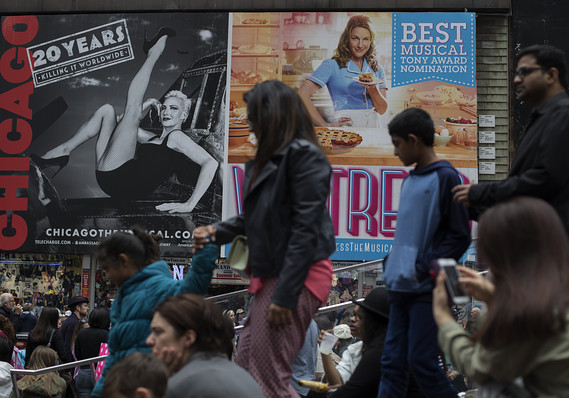 Bloomberg News/Landov The U.S. economy is not as vibrant as it was last year, but it’s still expanding at a steady pace thanks to the best jobs market in decades.
Is a hiring freeze in the U.S. underway? No, but a second poor jobs report in a row would trigger fresh angst about the economy and force the Federal Reserve to lower U.S. interest rates Here’s what to expect in the June employment report due Friday morning after the July 4 holiday. Improved job creation The number of new jobs created in June is widely expected to bounce back from a meager 75,000 increase in May. Economists polled by MarketWatch predict the U.S. created 170,000 jobs in June. 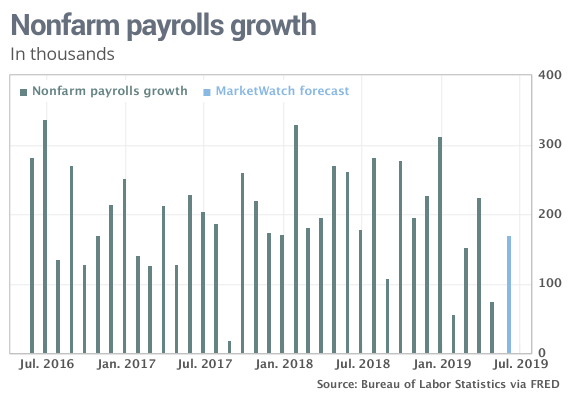 How confident should investors be in the forecast? The drop-off in May was unusually sharp, but similar weakness has not been evident in other labor-market signposts. Perhaps most telling, layoffs remain near a 50-year low [1]and show little sign of rising. So even if hiring has slowed, companies aren’t resorting to widespread job cuts. Economists have been saying for months that hiring has to slow. The big question is, is hiring weaker because the economy has gotten weaker? Or is it because the U.S. is running out of skilled workers? The answer is probably both. Read: ADP says U.S. adds 102,000 private-sector jobs in June[2] Low unemployment The shortage of skilled workers is the result of the tightest labor market in decades. The jobless rate is seen holding steady in June at 3.6%, which is the lowest rate since 1969. Unemployment rarely moves much in either direction from month to month, making it hard to get a good read on what’s going on in the labor market in the short run. The jobless rate would have to rise several months in a row and top 4% to really worry Wall Street DJIA, +0.67%[3]  and Washington. Even that’s unlikely. The U.S. only has to produce about 75,000 or so new jobs a month, economists estimate, to keep the unemployment rate at its current level in light of slow growth of the labor force. Read: The U.S. economy just entered a record-shattering 11th year of expansion[4] Steady wage gains Hourly wages are forecast to rise 0.3% in June. An increase of that size would nudge the gain in wages over the past 12 months back up to 3.2% from 3.1% in May. Wage growth have leveled off, however, after a prolonged upward move that began in early 2015 and lasted through the early part of this year. Hourly wage gains peaked at 12-month rate of 3.4% in February. Worker pay isn’t...

More in this category: « US Factory Orders Contract In May, Lowest Since Aug 2016 British Marines Seize Oil Tanker Headed For Syria In "Aggressive" Operation »