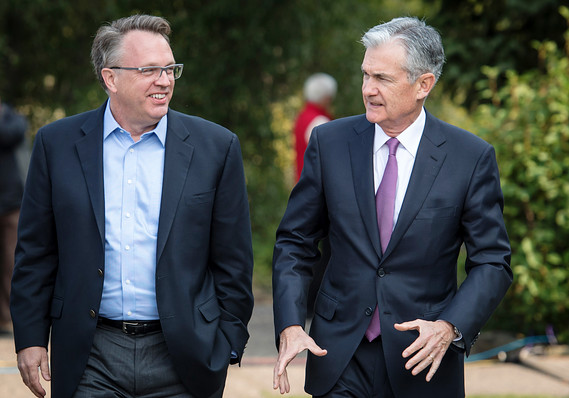 Given that its benchmark interest rate is so close to zero, the most effective strategy for the Federal Reserve is to cut rates at the first sign of trouble, said New York Fed President John Williams, on Thursday.

“When you have only so much stimulus at your disposal, it pays to act quickly to lower rates at the first sign of economic distress,” Williams said, in a speech at a research conference in New York.

Williams’ comments essentially endorse a rate cut at the central bank’s next policy meeting on July 30-31.

In two days of testimony to Congress last week, Fed Chairman Jerome Powell signaled the central bank was prepared to ease policy at the end of the month.

Powell cited slowing economic growth abroad and global trade policy tensions as two signs of distress that were setting the stage for the Fed to cut rates.

The Fed’s benchmark rate is now set at between 2.25% and 2.5%. Many other economists have argued the Fed should keep its power dry with its ammunition so limited.

In his speech, Williams said this “wait-and-see” approach is fine when rates are far away from the so-called zero-lower-bound.

Williams has been a top researcher at the Fed for almost 20 years on the subject of the “zero lower bound,” when short-term rates can get stuck at zero and go no lower, even if poor economic and market conditions would call for deeply negative rates.

Some countries have experimented with negative rates, but the idea is not popular with the Fed. Negative rates can’t go deeply negative because households will simply hold their savings as cash rather than pay their banks for the deposits.

Williams said a quick rate cut was similar to a vaccination. “It’s better to deal with the short-term pain of a shot than to take the risk that they’ll contract a disease later on,” he said.

Williams said two other strategies were also seen as successful in economic models. First, the Fed should keep rates lower for longer when near zero. And the other conclusion is to promise to “make up” for any low inflation during a weak period by allowing inflation to run hotter in good times.

Williams, as New York Fed president, always has a vote on Fed interest-rate decisions. He is seen as a member of Powell’s inner circle of advisers.

His speech is also important because it sets the tone right before the blackout period when Fed officials refrain from speech making to get ready for the late-month policy meeting.