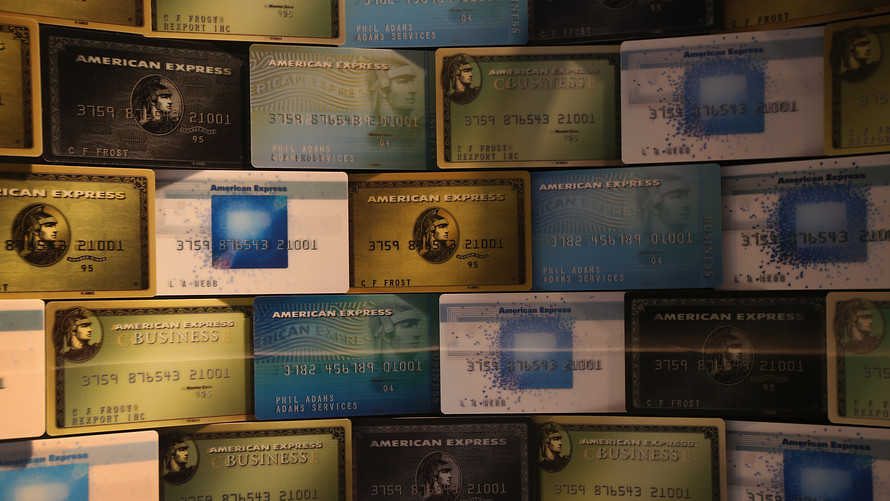 Shares of American Express Co. slumped Friday, after a positive earnings report and confirmation of its full-year outlook wasn’t quite good enough for the recent rally to record highs to resume.

The stock AXP, -2.61%[1]  slumped 2.5% in active afternoon trading, as volume of 4.9 million shares was already well above the full-day average of about 3 million shares.

The decline was enough to make the stock the biggest loser within the SPDR Financial Select Sector exchange-traded fund XLF, -0.07%[2]  and among Dow Jones Industrial Average DJIA, +0.03%[3]  components. The fall ends a week that started with Monday’s record close of $128.57, which capped a 5-session streak of record closes.

Then on the post-earnings conference call with analysts, Chief Financial Officer Jeff Campbell indicated that the 2019 EPS outlook was actually increased slightly. In March, the company said EPS would be at the “lower end” of the guidance range.

“Given where we are today, I will expect our full-year EPS results to be more in line with the middle part of our original guidance range,” Campbell said, according to a transcript provided by FactSet.

Jefferies analyst John Hecht followed the results and conference call by keeping his rating at hold and his stock price target at $130, which is about 4% above current levels, saying he believes the EPS outlook was “conservative,” and may disappoint investors.

“While we view the quarter as being generally positive, management’s expectation that full-year results will likely be closer to the mid-point of the re-affirmed guidance range will likely dampen enthusiasm,” Hecht wrote in a note to clients.

Leading up to AmEx’s results, the stock had been on a tear, along with its payments peers, as consumer confidence remained robust despite increasing concerns that the overall economy may be slowing down.

Read 315 times
Tweet
Published in Economics
More in this category: « Senate Bill Would 'Properly Identify' Antifa As 'Domestic Terrorist Organization'  The Planetary Insanity Of Eternal Economic Growth »
back to top