About 12 investors made offers on a collection of rent stabilized Harlem apartment buildings that listed in April for $260 million, according to Bloomberg. But then, the NY legislature re-wrote the rules of stabilized rents, which capped property values and slashed the potential for increases in rent overnight. 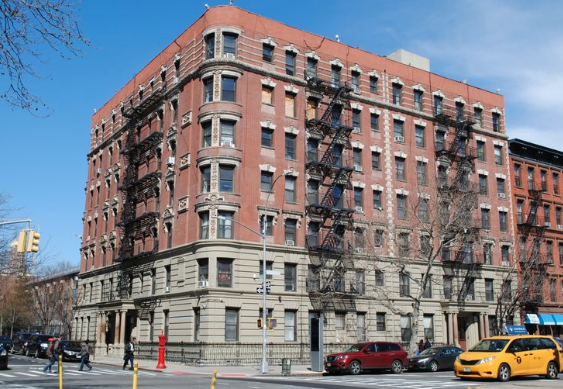 The bids for the 28 building "Harlem Ensemble" apartments that were on the sale block instantly disappeared.

David Chase, partner at B6 Real Estate Advisors said: “They called us every day -- and then we couldn’t reach them.”

The listing will expire at the end of the month.

Many other multifamily deals also collapsed due to investors fearing that the new legislation, which governs about 1 million apartments in the city, takes direct aim at landlords' income and investment returns. It makes it nearly impossible to raise rents, remove units from state regulation or recoup the costs of capital improvements.

NYC apartment building sales fell 48% in the first half of 2019 from the year prior - the biggest decline for any 6 month period going back to 2009. In northern Manhattan, including Harlem, the drop led to a 61% fall in all commercial property transactions.

The total of all commercial deals citywide is on pace to fall below 2,000 for the first time since 2011.

Adrian Mercado, chief information officer at B6 said: “Right now, it’s a shot in the dark on the multifamily side. People are speculating as to what buildings should be trading at.”

Adelaide Polsinelli, a vice chair overseeing commercial property sales at Compass said: "One thing’s for sure: They’ll be trading for less than they would have before. Just before the new law took effect, the owner of a Manhattan apartment portfolio, whose listing she had courted for a decade, finally decided to sell. There was one problem: the properties she earlier valued at $30 million were now worth just $20 million. I told him to re-evaluate his reasons for selling, and see if he can hold it another five years."

In an recent email to clients, Polsinelli instead highlighted condos and market rate apartments that “are not negatively impacted by the new regulations and are worth your serious consideration.”

Landlord groups are challenging the new rules in court.

The law could have a sizeable impact on the city budget, as well. Owners of income producing properties that lose value would pay less in taxes.

Paul Massey, chief executive officer of B6 Real Estate concluded: “You’re looking at a potentially $1.5 to $2 billion budget shortfall. I think this administration is ill-prepared for that.”...

More in this category: « San Francisco 49ers coach Katie Sowers on how she landed her dream job How you can run with the bulls who’ve beaten the market »