Perhaps, at long last, a serial rapist and pedophile may be brought to justice, more than a dozen years after he was first charged with crimes that have brutalized countless girls and women. But what won’t change is this: the cesspool of elites, many of them in New York, who allowed Jeffrey Epstein to flourish with impunity. 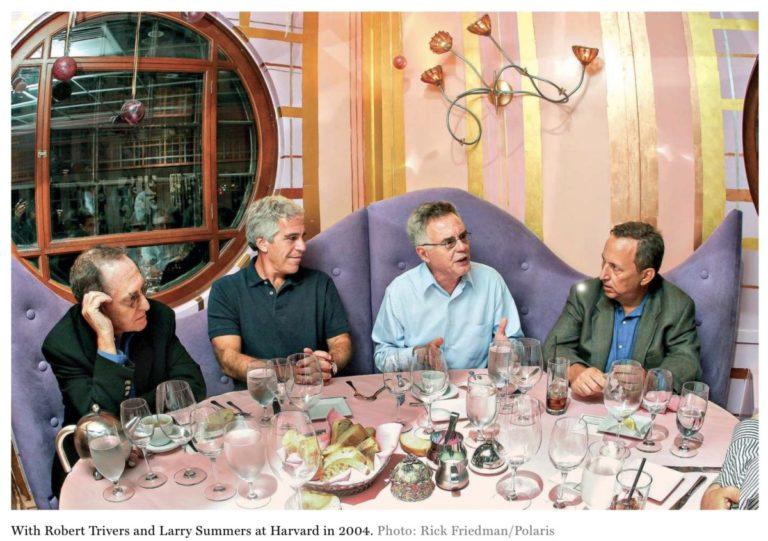 For decades, important, influential, “serious” people attended Epstein’s dinner parties, rode his private jet, and furthered the fiction that he was some kind of genius hedge-fund billionaire. How do we explain why they looked the other way, or flattered Epstein, even as they must have noticed he was often in the company of a young harem? Easy: They got something in exchange from him, whether it was a free ride on that airborne “Lolita Express,” some other form of monetary largesse, entrée into the extravagant celebrity soirées he hosted at his townhouse, or, possibly and harrowingly, a pound or two of female flesh.

– From the New York Magazine article: Who Was Jeffrey Epstein Calling?

An honest assessment of the current state of American politics and society in general leaves little room for optimism regarding the public’s ability to accurately diagnose, much less tackle, our fundamental issues at a root level. A primary reason for this state of affairs boils down to the ease with which the American public is divided against itself and conquered.

Though there are certain issues pretty much everyone can agree on, we simply aren’t focusing our collective energy on them or creating the mass movements necessary to address them. Things such as systemic bipartisan corruption, the institutionalization of a two-tier justice system in which the wealthy and powerful are above the law, a broken economy that requires both parents to work and still barely make ends meet, and a military-industrial complex consumed with profits and imperial aggression not national defense. These are just a few of the many issues that should easily unite us against an entrenched power structure, but it is not happening. At least not yet.

We currently find ourselves at a unique inflection point in American history. Though I agree with Charles Hugh Smith’s assessment that “Our Ruling Elites Have No Idea How Much We Want to See Them All in Prison Jumpsuits,” we have yet to reach the point where the general public is prepared to do something about it. I think there are several reasons for this, but the primary obstacle relates to how easily the citizenry is divided and conquered. The mass media, largely owned and controlled by billionaires and their corporations, is highly incentivized to keep the public divided against itself on trivial issues, or at best, on real problems that are merely symptoms of bipartisan elitist plunder.

The key thing, from a plutocrat’s point of...

More in this category: « Curaleaf shares tumble 8% after FDA warning letter over CBD health claims Greenspan says its sensible for the Fed to think about insurance cut »