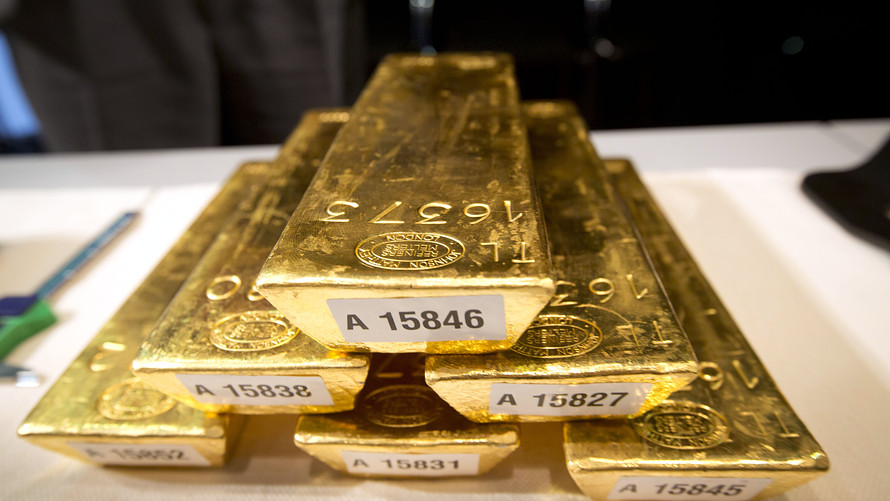 Gold’s haven appeal boosted the metal to a more than six-year high on Monday, as an escalating U.S.-China trade fight sparked a selloff in assets perceived as risky.

Gold, now up about 15% from its low of 2019, has surged over recent sessions after President Donald Trump intensified a trade fight with China by announcing additional tariffs[1] on Chinese goods and China pledged retaliation.

China’s yuan currency USDCNH, +1.7559%[3] on Monday fell to its lowest level in more than a decade, breaching the key 7-to-the-dollar level. Investors took that as a sign Beijing could allow further weakness, with the potential to further intensify trade tensions.

Read: What a falling Chinese yuan means for the stock market and the trade war[4]

“The yellow metal is on the verge of a making for a run towards the $1,500 an ounce level and after that there is not much resistance until the $1,650 region,” said Edward Moya, senior market analyst at Oanda. “The trade war, a negative global interest-rate environment and weak corporate earnings are all positive catalysts for the remainder of the summer for gold.”

Read: Why gold initially fell after the Fed decision to cut interest rates[7]

More in this category: « ISM Services Weakest Since 2016, Business Expectations Hit Record Low "We Are Watching Google Very Closely": Trump Slams Search Giant For 'Making Sure He Loses In 2020'  »