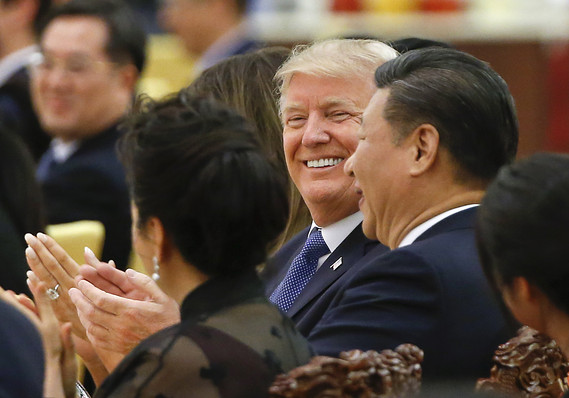 Getty Images President Donald Trump and China's President Xi Jinping aren’t seeing eye to eye on trade.
The White House’s escalating trade fight with China is increasingly likely to drag on through the 2020 election, handicapping the U.S. economy and potentially endangering President Trump’s re-election. Strategists and economists say the U.S. and China appear further away than ever on a deal that would reshape the trade relationship the world’s two largest economies and end a dramatic showdown that threats global growth. The U.S. has run huge trade deficits with China for years, including a $419 billion shortfall in goods in 2018. 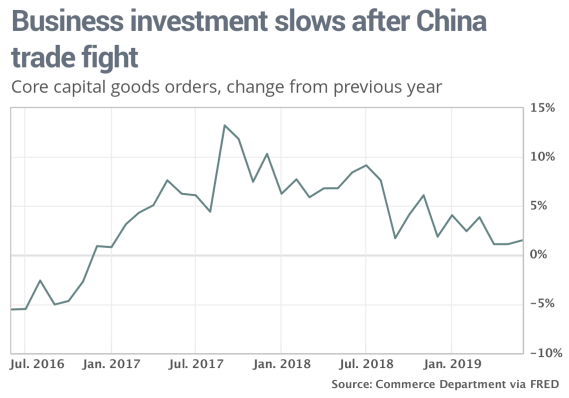 Last week Trump said he would add a 10% tariff in September to the remaining $300 billion in Chinese imports that had previously been excluded from earlier U.S. duties. China retaliated by suspending purchases of American farm crops and letting the value of its currency fall, effectively making Chinese goods cheaper to buy and negating some of the damage from U.S. tariffs. The falling value of yuan, in turn, prodded the White House on Monday to officially label China a currency manipulator, a designation the U.S. has avoided for 25 years. Ironically, the value of the yuan has fallen in part due to damage done to the Chinese economy from U.S. tariffs. Read: Trump puts China in cross hairs, riles up Wall Street and backs Fed into a corner[1] The decision “underscores the speed at which tensions are now escalating and suggests that a resolution to the trade conflict is further away than ever,” said senior economist Andrew Hunter at Capital Economics. The president’s chief economic adviser, Larry Kudlow, said in a CNBC interview on Tuesday that Trump wants a deal and the U.S. still plans to host Chinese negotiators in September. Yet Kudlow also seemed to indicate Trump would not back down anytime soon. He characterized the U.S. economy as being “in great shape” and suggested U.S. tariffs have exacted a heavy price on China. “The president is defending America,” Kudlow said. “The American economy is very strong. Theirs is weak.” Chinese leaders, for their part, also appear to have drawn a line in the sand. The Wall Street Journal said the country is prepared to wait out Trump. They expect the trade fight to weaken the American economy and undermine a U.S. stock market that just reached record highs. Read: China Digs In to Outlast U.S. in Trade Dispute[2] The latest spat resulted in the Dow Jones Industrial Average DJIA, +1.17%[3]  falling 767 points or 2.9% on Monday, its biggest one day fall this year, on worries of a worsening trade conflict. There’s already plenty of evidence the U.S....

More in this category: « "We Are Watching Google Very Closely": Trump Slams Search Giant For 'Making Sure He Loses In 2020'  Entire US Curve Inverts As 30Y Yield Drops Below Effective Funds Rate »