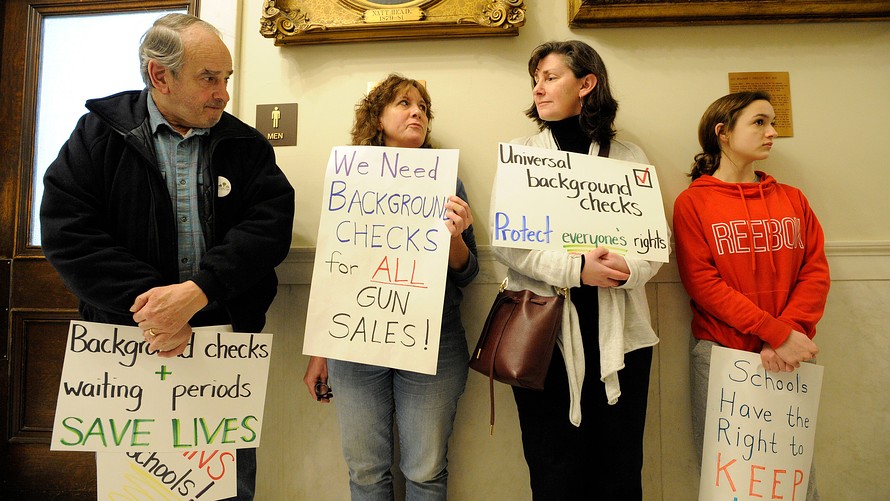 As many Americans clamor for gun-control laws following a spate of mass shootings[1] in Dayton, Ohio, El Paso, Texas and Gilroy, Calif., a new study[2] suggests state firearm laws can have different effects on large cities’ homicide rates than those in suburban and rural areas.

The call for tighter gun control gained more momentum after a gunman with an alleged long track record of threatening women[3] killed nine people, including his sister, outside a Dayton bar[4] early Sunday morning.

Just 13 hours earlier, a shooting suspect believed to have penned an anti-immigrant manifesto killed 22 people[5] in majority-Hispanic El Paso. And less than a week before that, a gunman allegedly “exploring violent ideologies” opened fire at the Gilroy Garlic Festival in Northern California, killing three people[6]. All three shooters used[7] military-style semi-automatic weapons they had[8] purchased legally[9].

Gun-control advocates say universal background checks are essential for preventing even one person at greater risk of committing a crime from accessing a gun.

The latest research, published in the Journal of Rural Health, linked universal background checks required at the point of sale with 13% lower firearm homicide rates in big cities — but found no such relationship for smaller localities.

Gun-control advocates say universal background checks are essential for preventing even one person at greater risk of committing a crime from accessing a gun, but the study’s findings could provide more context on how gun-control policies may be more effective in some parts of the country than others.

The research on the effects of gun control also linked “may-issue” laws, through which authorities can exercise discretion in granting concealed-carry permits, with a 17% reduction in firearm homicide rates in large cities, but didn’t find an association with homicide rates in smaller localities.

Meanwhile, laws barring firearm possession by someone convicted of a violent misdemeanor were linked with a 30% decrease in firearm homicide rates in rural and suburban localities, though not related to those in large cities.

Also see: People of color are claiming their place in a cannabis industry ‘built on the backs of people from marginalized communities’[10]

“One possible explanation for this ﬁnding is that intimate partner violence against women has been shown to be more frequent and more severe in rural areas than in cities,” the authors wrote.

More in this category: « Wholesale Sales Growth Plunges To Lowest Since 2016 China Accuses US Of "Gangster Logic" For Defending Meetings With HK Independence Activists »