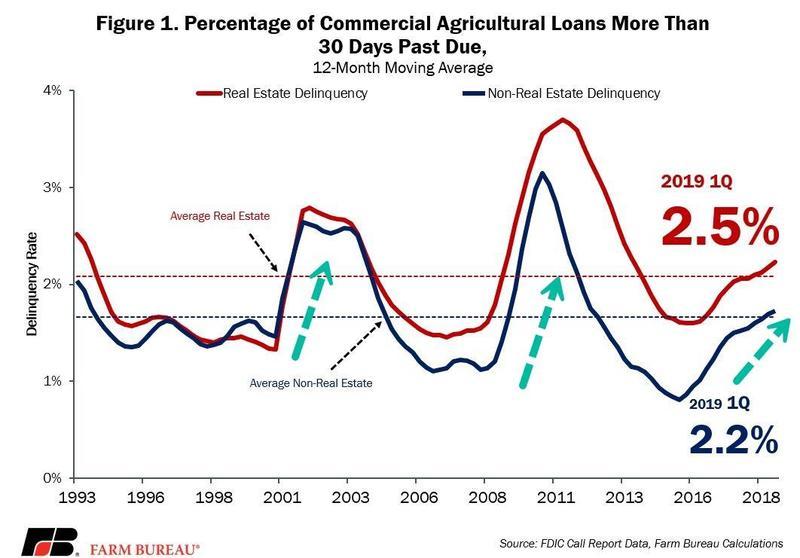 Delinquency rates of agriculture loans aren't at crisis levels yet but have trended above historical averages in the last several years as farm incomes in the Midwest and Mid-Southern states have collapsed over the previous six years.

Net farm income, a broad measure of profits, has fallen 45% since a high of $123.4 billion in 2013 to about $63 billion last year, according to the US Department of Agriculture (USDA).

Farm incomes are expected to be significantly lower in 2019 as record floods devastated large parts of the Farm Belt this year.

About two-thirds of agriculture banks surveyed by the St. Louis Fed said their farm clients were severely affected by the flooding and other adverse weather conditions through summer.

Farm incomes in several regions of the Midwest have become stable this year thanks to President Trump's farm bailout(s) and elevated corn prices that started in May due to yield concerns following wet weather, according to bankers surveyed by the Kansas City Fed. 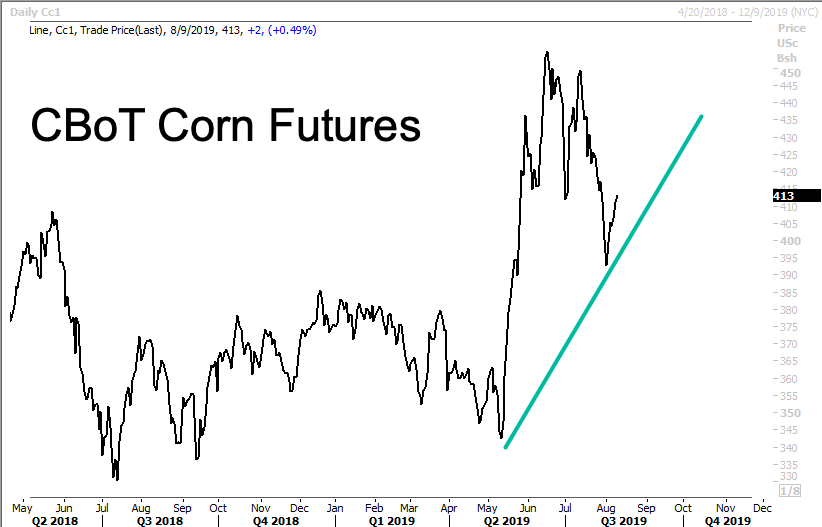 Record rain in the Midwest added more pain for the heavily indebted farmer dealing with low commodity prices, and now, all agriculture export channels into China have been completely halted thanks to President Trump's latest escalation of the trade war.

Depressed incomes are expected to continue through 2H19, pulled down by an escalating trade war between the US and China, crop production issues with the possibility of lower yields thanks to adverse weather conditions, and overall agriculture prices remaining in deflation, the Eighth District said.

The Trump administration is preparing for steeper declines in farm income and an overall bust in the Midwest in the next several years.

President Trump on Tuesday morning hinted at what appears to be yet another farm bailout.

There has also been a bipartisan bill, called...

More in this category: « Lyft and Uber are giving investors what they want, which is bad for the rest of us Trump puts China in the cross hairs, riles up Wall Street and backs the Fed into a corner »