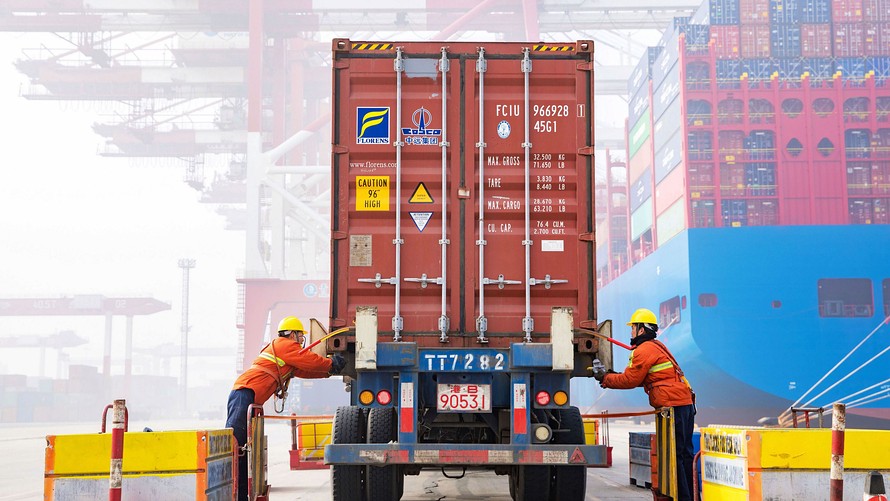 How are the major benchmarks performing?

Further fueling concern were comments by President Trump Friday morning that planned trade talks in September might not happen. The rhetoric follows the announcement earlier this month[4] that the U.S. planned to implement a 10% tariff on the $300 billion in annual Chinese exports that have so far avoided new trade duties.

“Unlike previous rounds of tariffs deployed by this administration, these new tariffs would largely impact the consumer, with duties being placed on goods such as clothing, footwear and toys,” wrote Jason Pride, chief investment officer of private wealth and Glenmede in a Monday research note. “The consumer has acted as the engine driving forward this record-long expansion as manufacturing slows, but these tariffs may erode their spending power,” he added.

Meanwhile, investors are also monitoring events in Hong Kong, where authorities canceled more than 130 flights[5] as thousands of demonstrators thronged the city’s airport to protest police for their handling of this summer’s protests.

See: In Hong Kong, police again clash with protesters, with no end in sight[6]

Goldman Sachs, in a Sunday note to clients, said it now expects a 0.6% drag on the U.S. economy due to trade-war developments, up from its earlier estimate of 0.2%. Goldman lowered its forecast for fourth-quarter gross domestic product by 20 basis points to 1.8%.

Read 320 times
Tweet
Published in Economics
More in this category: « Blain: "The Threat Board Is Flashing Amber" Epstein "Bedsheet"-Hanging Explanation Contradicted By Former Inmate »
back to top