Existing home sales were expected to rebound 2.5% in July after sliding 1.7% in June (while new- and pending-home sales bounced), and hit the number spot on (despite a small upward revision in June to -1.3% MoM.

Sales of previously owned U.S. homes increased in July to a five-month high. 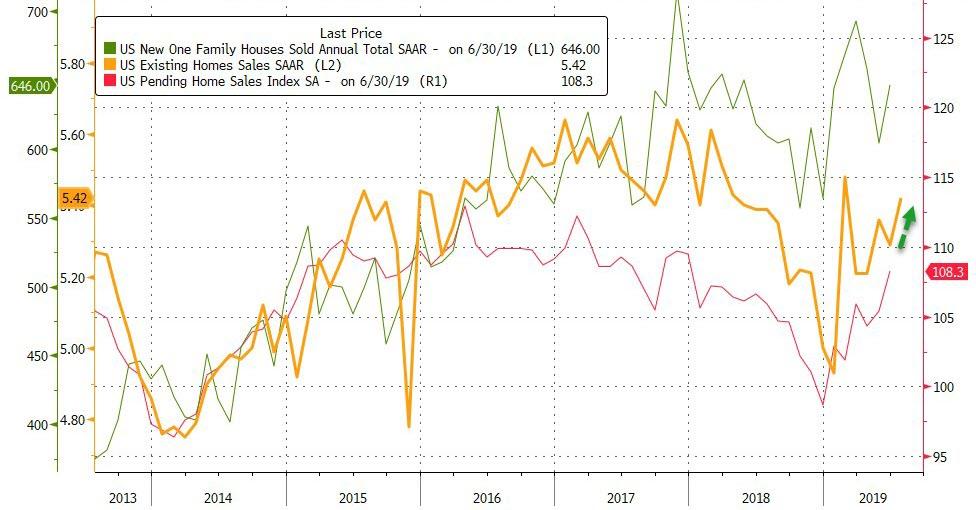 And, after 16 straight months of declines, existing home sales managed to rise (+0.6%) on a year-over-year basis... 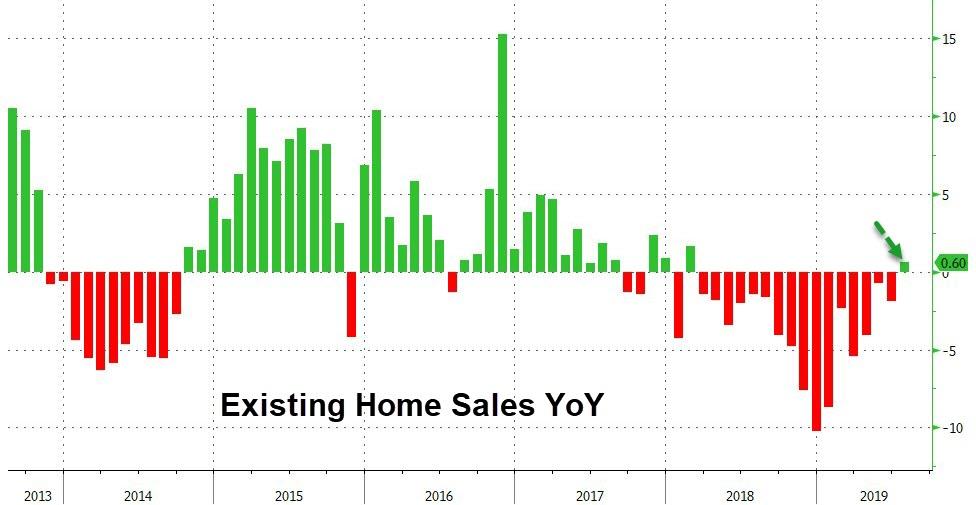 The decline in sales during the first half of the year will probably be reversed by December, he said.

Home sales improved in three of the four U.S. regions, led by an 8.3% surge in the West; the 1.18 million pace in the West was the strongest in a year.

And while existing home sales have rebounded as mortgage rates plunged, the marginal benefit appears to be fading fast. 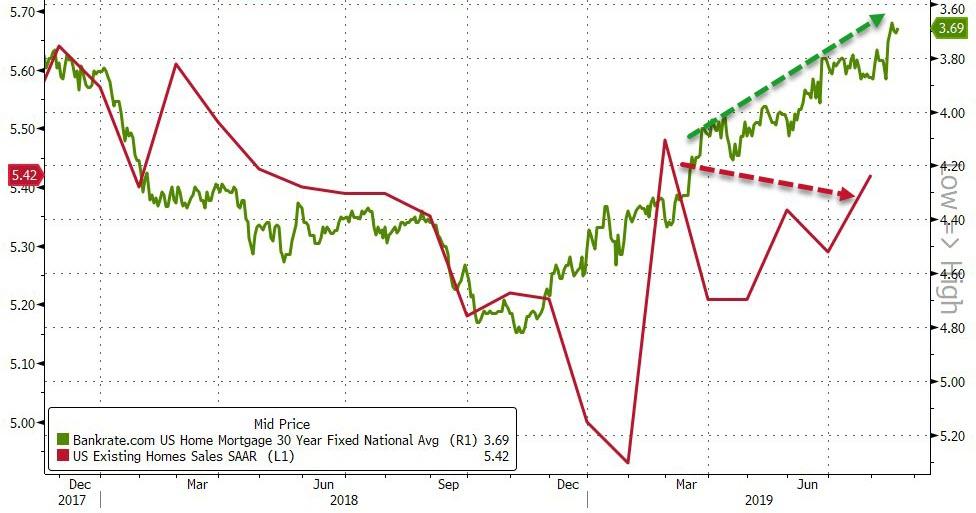 But still, Powell should cut 100bps to save the "best economy ever."...