"The World Is Scary, Markets Not So Much" (For Now)

Despite huge intraday swings, stocks have been range-bound for a month as Treasury yields tumble and the yield curve inversions extend to 12-year lows. 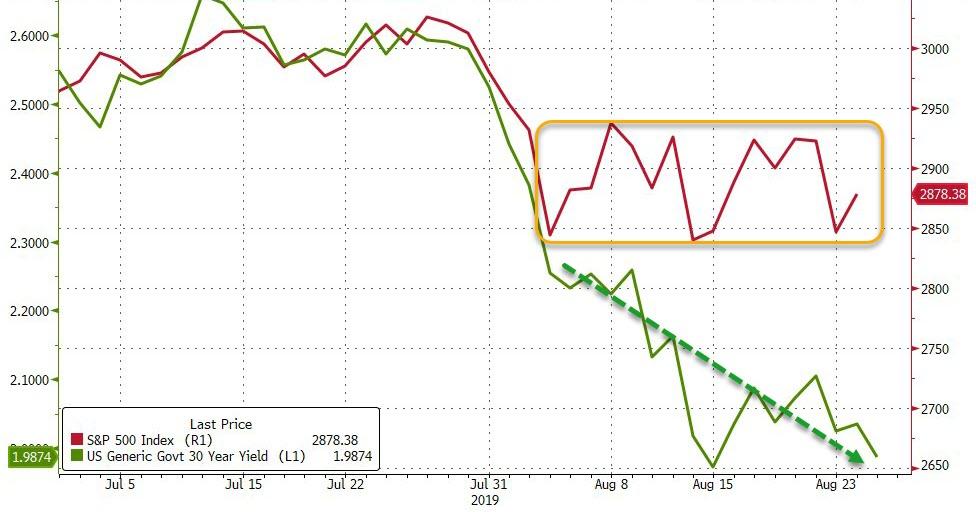 But, despite the relatively tranquile range of stocks, former fund manager and FX trader Richard Breslow notes that traders are having a devil of a time dealing with intraday volatility. 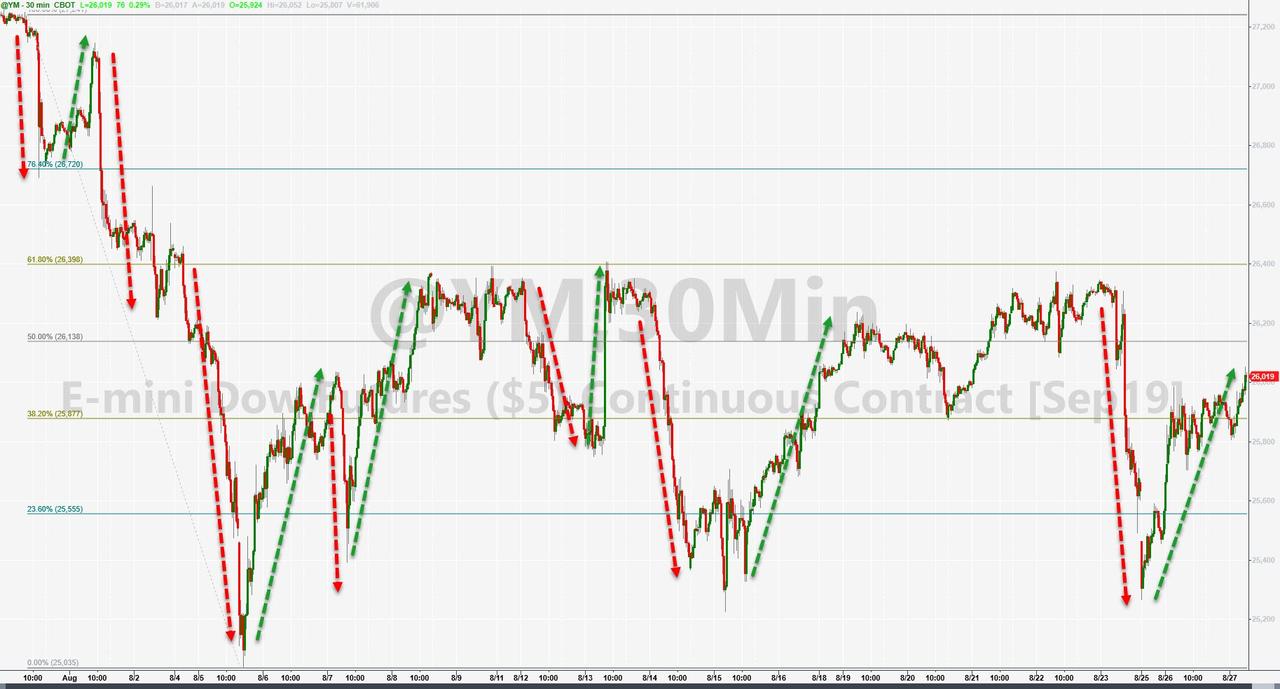 But, Breslow notes, perhaps the most useful skill one can have in these unsettled markets is picking your canaries judiciously. It’s easy to pick out ones that match your outlook and go with them. Ignoring the ones that don’t suit. Especially in an environment where it is hard to find all that many people who are feeling optimistic.

It's as if investors have moved away from watching the stock ticker to watching the Trump Tweet ticker.
He is now seemingly responsible for every market move up or down 1/2 https://t.co/JtIIwGaic9

Emerging market currencies as an asset class certainly look ugly. That’s often a good one to keep an eye on. The MSCI Emerging Market Currency Index made a new year-to-date low today. The inversion of 2s/10s on the U.S. Treasury yield curve might fit the bill. Yet after the early August dramatics, the MSCI Asia ex-Japan equity index looks positively stable, and is trading currently at a price seen multiple times over the last few weeks. Hong Kong’s Hang Seng, which has every right to be falling, sits some 2.5% above important technical support, having handily held that level -- which it tested two weeks ago.

German economic numbers continue to look appalling while the spread of BTPs to Bunds, as wacky as it can be, traded today within 5 basis points of its narrowest levels of the year. There are a lot of conflicting signals out there. More than most traders probably expect. Even within the Governing Council of the ECB you can find diverging opinions to suit your view. Jens Weidmann’s “Dr. No” versus Olli Rehn’s “let’s give the market a package that will really impress them.”

Earlier this month there were suggestions that the Fed might consider convening an emergency rate meeting. A few days later the S&P 500 was attempting to get back above its 55-day moving average. Last Friday a lot of people were sure the gauge was going to collapse. It never took a serious look at its 200-DMA. And despite sometimes feeling like death, Monday’s close was at a price we saw on eight of the previous 15 trading days. 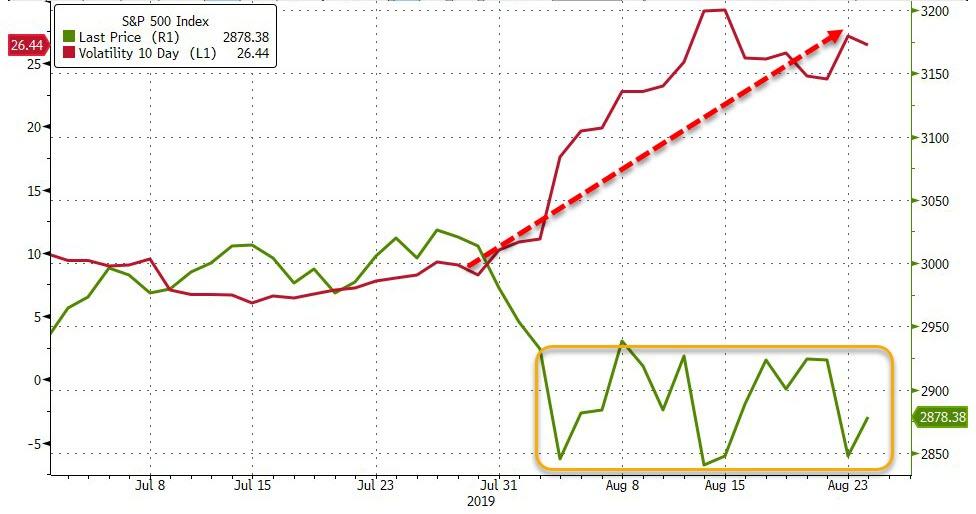 Particularly at this time of the summer, with two long weekends either side of the week, it is completely understandable if an individual proprietary trader decides to call a time-out. And who could fault someone working in Hong Kong for having a very different...

Read 361 times
Tweet
Published in Economics
More in this category: « Gold settles with a loss as U.S., China attempt to steer down trade tensions Stocks give up gains as investors gauge trade fight, yield curve inversion deepens »
back to top