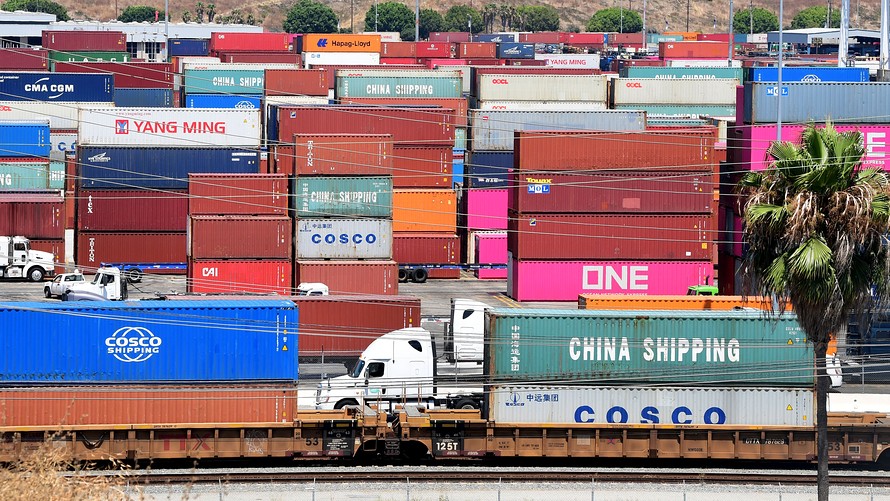 U.S. stocks traded lower Tuesday afternoon, reversing morning gains, as hopes for a resolution of the U.S.-China trade fight began to fade, despite encouraging comments by President Trump on Monday, while fears of a global economic slowdown mount.

How are the major benchmarks faring?

After recovering Monday from Friday’s sharp sell off, stocks gave up early gains Tuesday, as bond yields slid, and the U.S. Treasury yield curve inverted further, signalling more concern about global economic growth. The yield curve tracks how much investors are willing to pay for bonds of different time horizons. In a healthy trading environment, longer-dated bonds would command higher rates, but on Tuesday 30-year yields slipped below those on 3-month notes.

Monday’s rebound in stocks came after President Donald Trump said China signaled in a telephone call that it was ready to return to the negotiating table[4] and officials in Beijing called for a calm resolution. China’s foreign ministry has said though that it is “not aware of” any phone call [5]between China and the U.S. though, and it’s not clear that talks will resume in September as planned.

A tweet from the usually well informed editor of China’s state owned Global Times, Hu Xijin, midday Tuesday also suggested China was in no hurry to reach a trade deal.

China on Tuesday issued 20 directives to boost consumption, in an effort to further tap domestic market, not putting so much emphasis on trade talks. China's economy is increasingly driven internally, it's more and more difficult for the US to press China to make concessions.

Read 266 times
Tweet
Published in Economics
More in this category: « "The World Is Scary, Markets Not So Much" (For Now) Dow Panic-Bid Into Green After US Open »
back to top